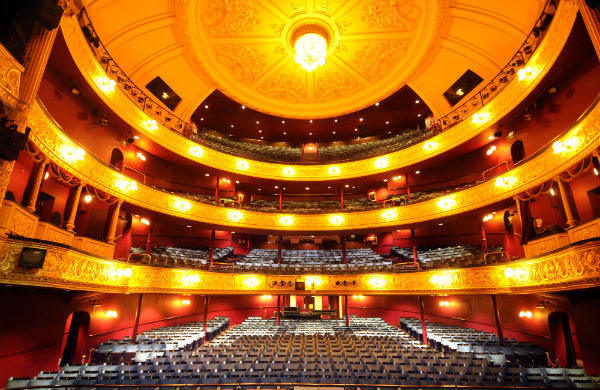 Glasgow has a number of excellent theatres hosting everything from West End musicals to independent plays. There are four main theatres in the city, and each has its own speciality, and has performances on all year round. When it comes to Glasgow theatres, you'll never fail to find something to see, and this guide will help you find what suits your tastes.

The Citizens Theatre is just across the River Clyde from the city centre. It creates its own quality drama productions with professional Scottish acting talent. Most Scottish actors you see on TV started out in plays at The Citizens Theatre, and many re-visit to perform in their productions. It's a great place to see serious theatre and experience the work of new playwrights. Highlights for the rest of 2014 include a visiting company's adaptation of George Orwell's 1984 - it's West End run in London was critically acclaimed, so this production is sure to be popular. Another must-see is their own modern world adaptation of Shakespeare's Hamlet, starring Eastenders and The Bill actress Roberta Taylor who performed here in the 1980s.

The Citizens Theatre has its own bar in the lobby where you can usually drink with the actors after the production and discuss the play you've seen with fellow theatre-goers. There is also an excellent learning programme to nurture future performers with weekly drama classes and backstage tours.

King's Theatre Glasgow is the city's biggest and most well-known theatre. It is the home for major London West End musicals that visit Glasgow, and always has an electric atmosphere. Upcoming productions visiting the theatre include the national tours of West End hit Dirty Dancing on its first UK tour, and the dramatic Blood Brothers starring Nolan sister Maureen Nolan.

There are bars on each level of the theatre, and you can pre-order interval drinks to avoid waiting in a queue. They can be served in plastic glasses so you can take them back to your seat with you. 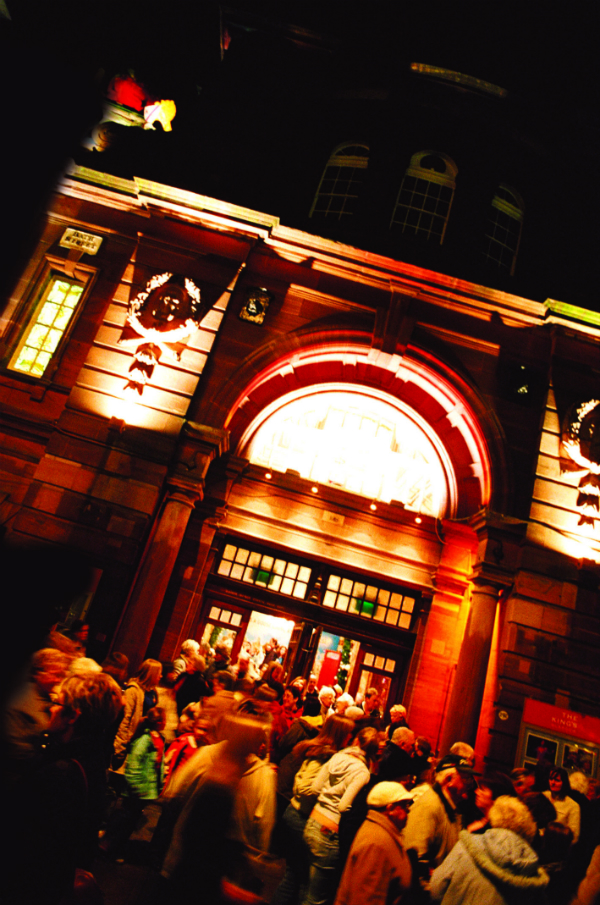 There are bars inside for interval drinks (which can be pre-ordered to save time), and quite a few restaurants directly across the road for pre-theatre meals.

Glasgow's Pavilion Theatre is the least distinguished of the bunch. It specialises in variety and low-rent Scottish comedies of its own creation. Their annual pantomime is always popular due to its simple comedy with a Glasgow-twist. This year its Treasure Island starring local radio presenters and variety acts, following shows from psychics such as Gordon Smith and Derek Acorhah, and tribute acts of Patsy Cline and Elvis.

Images courtesy of The Ambassador's Group.

____
Find a deal for theatre in Glasgow.

BY: Laura Pearson Smith
A Life with Frills

Laura Pearson-Smith is from Glasgow's Southside. She is a lover of luxury, yummy food and all things pretty. She founded, and is editor of luxury travel online magazine Stylecation, and blogs at her own lifestyle blog A Life With Frills. She has written countless fashion, beauty and travel articles for various publications including The Huffington Post. If you want to know the best Chinese restaurant in Glasgow, where to get a vintage Chanel handbag or the city's best facial, she's your girl.