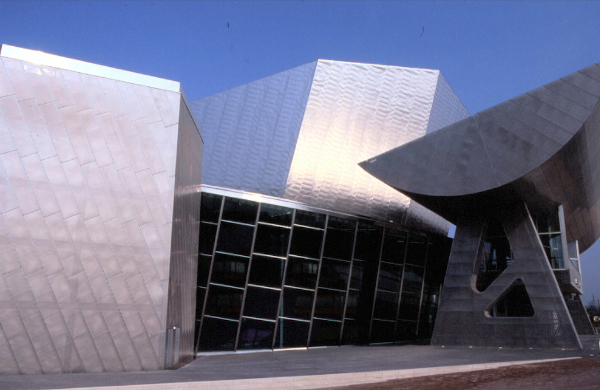 Manchester is full of seriously big attractions. From the Daniel Libeskind designed Imperial War Museum North to the neoclassical rotunda of the Central Library, Manchester has a spectrum of attractions and, if you take this list as a starting point, you can explore off the beaten track safe in the knowledge that you’ve not missed the major sights.

The Imperial War Museum North is perhaps the largest and most splashy of places in the Manchester area. Silver-clad and haunting, this is one of the most impressive spaces in the city both inside and out, as recognised in the number of awards the museum has won from RIBA prizes for architecture to Visit England’s Large Attraction of the Year. Exhibitions range from cutting-edge photo journalism to a regular immersive sound and light show in the main gallery space.

IWMN is located on the opposite side of the Ship Canal to the Lowry Arts Centre and when viewed from Salford Quays tram stop, they look like a pair. Silver is once again a key colour in the external make-up of this sprawling complex which has a number of art galleries including a permanent exhibition of Salfordite, LS “matchstick man” Lowry as well as cafes, theatres and restaurants to choose from. Recent programming has been ambitious with shows devoted to Alison Goldfrapp’s creative inspirations and a retrospective of celebrity portraits by Jonathan Yeo.

Another building which places as much store in its looks as its content is the National Football Museum. Formerly know as Urbis - The Museum of Urban Life, this large, ski-sloped shaped crystal palace lies in the heart of the city centre and contains a number of interacting and changing exhibits that revolve around the nation’s favourite sport. Favourites include the penalty shoot out area and an intriguing section devoted to World Cup poster art over the years. 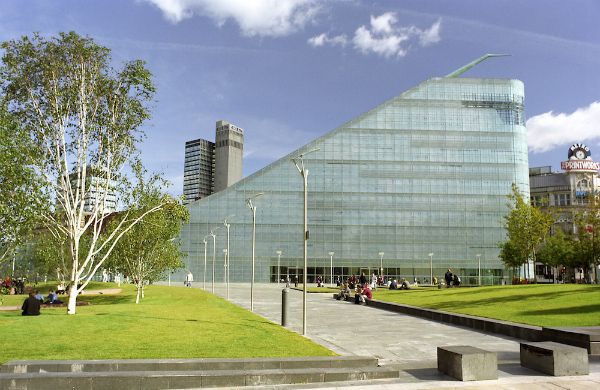 You can’t overlook Manchester Art Gallery  and Central Library  either. As well as galleries crammed with French Impressionism, figurative painting, ceramics and locally forged cutlery, Manchester Art Gallery is currently home to a series of 'interventions’ by acclaimed Portuguese artist, Joana Vasconcelos. These fabric, lace and bell layered creations culminate in a paid-to-enter show on the top floor. Central Library, with its Roman Pantheon-inspired columns and unique circular shape, is a historical reading room without rival.

Obviously, this list is not comprehensive and there are plenty of other sights that form a key part of day to day life in Manchester. The gothic John Rylands Library of Deansgate for example, is one such place, as are Chetham’s historic reading rooms, which form part of the oldest public library in the UK, dating back to the 1600s. There are niche interest spaces around the city too, such as tours of the Ethiad City of Manchester Stadium, which just won one of Manchester Tourism's Best Visitor Attraction awards. But this is a great place to start.

What are #Manchester's best attractions in your opinion? @Groupon_UK #grouponguide

Check out our deals for the best tours in Manchester.