London’s Christmas Burger Round Up – December 2014 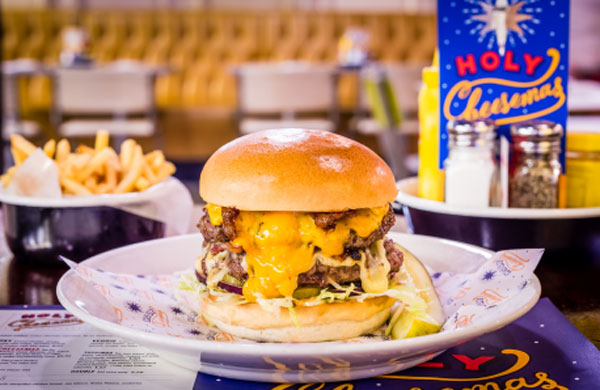 Every December, as a sort of tonic to the usual motley collection of uninspired Christmas turkey dinners rolled out for big group lunches, London’s restaurants and burger joints go head-to-head to create a wide range of Christmas-themed burgers. From traditional turkey roasts to game, and featuring a range of toppings including brie, cranberries, and lashings of cheese, here’s a round-up of London’s best Christmas burgers.

Hawksmoor are once again bringing back their fantastic Christmas burger. This gourmet masterpiece features a massive slab of turkey fried in buttermilk and topped with a sausage meat patty from the Ginger Pig, topped with smoked crispy bacon, sprout tops and a cranberry ketchup. It’s finished off with melted Ogleshield cheese. It also comes accessorised with duck fat roast potatoes and turkey gravy for you to French Dip the whole thing in, so you can have a whole Christmas dinner in a burger. 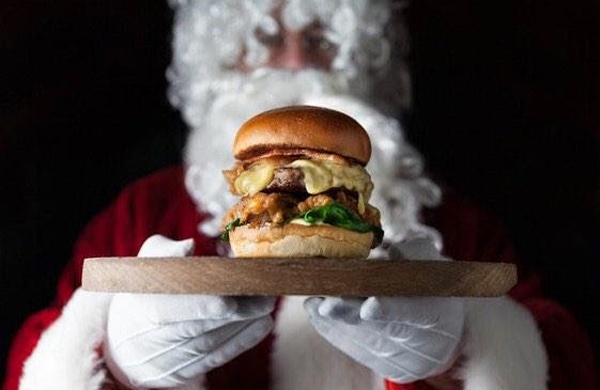 Dead Hippie burger purveyors MEATLiquor are featuring a festive selection of burgers including the XXXmas burger, a delicious sausage and stuffing patty, topped with roasted turkey, crispy bacon, a drizzle of cranberry sauce and gravy as good as your nana’s; the XXXmas Dog, draped in turkey slices, cranberry coulis and sprinkled with crispy stuffing; and the Xmac & Cheese, deep fried miniature logs of mac fused together with cheesy Camembert and Stilton, to be dipped in a pot of cranberry and port sauce.

Everyone’s favourite Icelandic burger joint, Tommi’s, is this year bringing back their great venison based-burger. It pulls together a venison patty, melted brie, cranberry sauce, green pepper mayo, rocket and thyme salt. It’s a spicy sweet take on a seasonal classic and a great counterpoint to all that turkey. 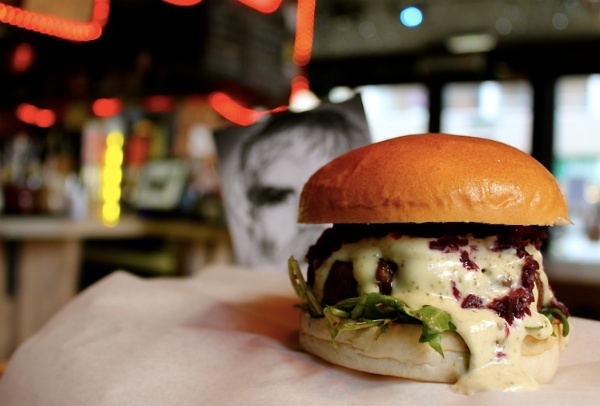 For the last three years, Byron Hamburgers have given us the Triple Cheesemas every December, as if the month wasn’t indulgent enough, but this year they’ve upped the ante and the amount of cheese, and delivered the Holy Cheesemas. This double-pattied (10oz of beef in total) has 4 x different cheeses – American, red Leicester, Monterey Jack, and cheddar, and also includes bacon too. There’ll be no mince pies after this feast! It costs £12.95 and is available until 5 January.

Ben’s Canteen on Snow Hill, Clapham is serving up their take on a Christmas dinner in a bun with their turkey and stuffing patty, complete with smoked bacon, smoked cheese and a very seasonal Cranberry mayo. It costs £9, and is available for brunch, lunch and dinner until 24 December.

Is anywhere you know offering a special Christmas burger? Let us know…@GrouponGuide_UK