Under the Spotlight: The Lyric Theatre Belfast 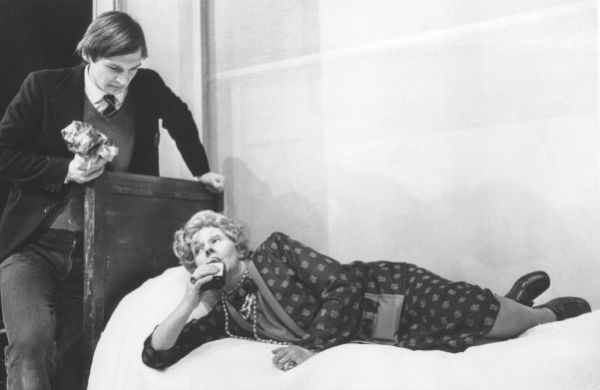 Liam Neeson performing at the Lyric. Image copyright of the Lyric.

The Lyric Theatre on Ridgeway Street has been synonymous with theatre in Belfast since the 1950s. Entertaining the residents of South Belfast and further afield, it brings both new and established theatre to the stage. The Lyric Theatre Belfast was originally established in 1951 by Mary O’Malley and her husband Pearse as the Lyric Players in their home on Derryvolgie Street. Visitors to the theatre can see a bust of Mary O’Malley in the upper levels of the theatre just outside the studio space. 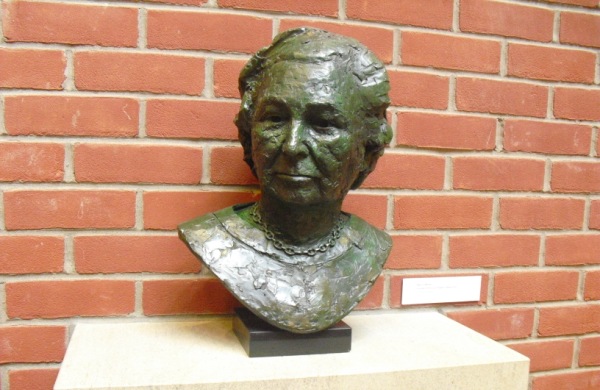 It’s the only full-time producing theatre in Northern Ireland and it seeks to bring work to an audience that is enlivening, emboldening, culturally rich and flavoured with tradition but not enmeshed in the past. The work of the Lyric is all about bringing relatable local characters to a local audience. Many classic productions are staged, from Shakespeare to Brian Friel. The theatre’s oeuvre is ‘modern local work meets classic canonical work’. 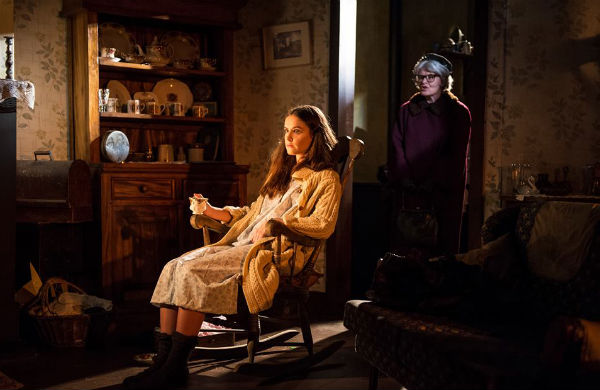 A scene from Pentecost by Stewart Parker. Image copyright of the Lyric.

The refurbishment of the Lyric has seen the auditoria increase in size and number - the new main theatre seats 400 and the multifunctional studio space seats 120. The new lobby and bar areas blend a mix of Belfast brick, glass, steel and Iroko timber to create an organic physical surrounding for the theatre. The light coming in the large glass sides casts moving shadows all over the lobby areas of the building creating the impression of living movement in the building. Inside the main auditorium the balcony seats jut out in wooden shafts creating the impression they may just have grown that way. There is a sense of stripped back nature, from the precipice of bare stone steps, to the clean wood and sheets of expansive glass, the only elements of classic decoration are the large scale colour portrait series which line the entrance way. 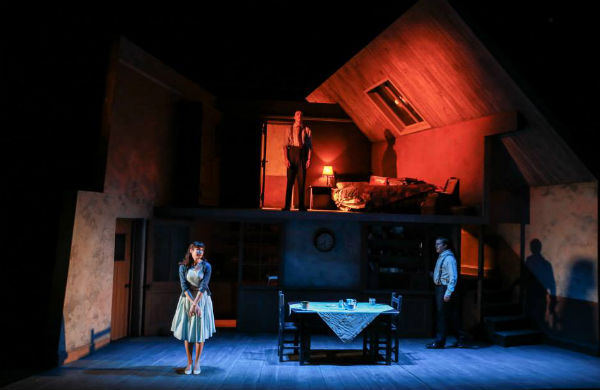 Scene from Philadelphia Here I Come. Image copyright of the Lyric.

Painted by Belfast-born artist Colin Davidson, the paintings are all connected to the arts in Ireland, with many artists Davidson admires. Singer Duke Special, Brian Friel and Kenneth Branagh are all represented along with Marie Jones and Stella McCusker, their colour and vibrancy adding depth to the natural stone they sit on. 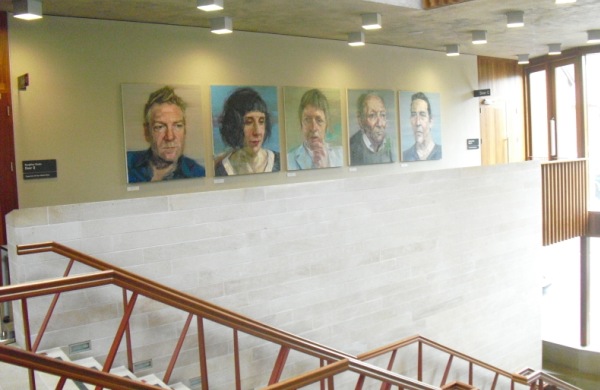 The Lyric has hosted its fair share of stars and controversy, with young Liam Neeson, also the patron of the theatre appearing on stage in Brian Friel’s Philadelphia Here I Come. Kenneth Brannagh, Robert Brydon, Ciaran Hynds, Joe McGann, and Simon Callow are just a few to have recently made The Lyric their home for a short time. The Lyric is also now known in the political world is as being the venue for the iconic handshake between Queen Elizabeth II and Deputy First Minister Martin McGuinness, an act which made history and illustrated the level of social change happening in Northern Ireland. 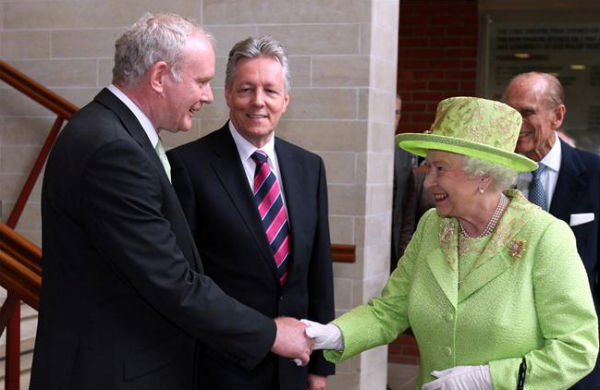 The Queen shaking hands with Martin McGuinness at The Lyric. Image copyright of The Lyric.

The Lyric Theatre is a key destination for theatre lovers, for those wishing to catch canonical Irish work or perhaps see a newly produced piece. This is an experience all visitors and residents of Belfast should seek out. 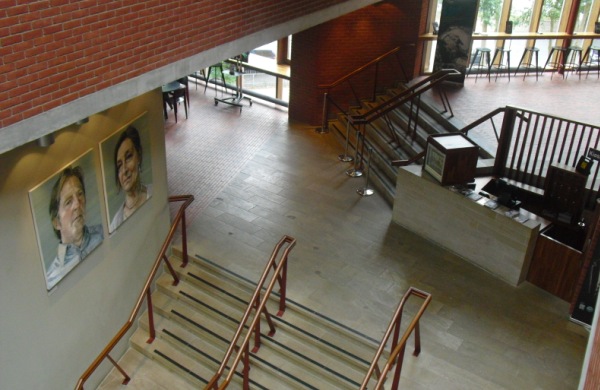 The MAC: That's What I Call Entertainment