Laser Hair Removal: Three or Five Sessions from £99 at Accurate Laser (Up to 92% Off)

The first session begins with a patch test to determine suitability, followed by a consultation to address any questions. The practitioner then performs the treatment itself using a Candela GentleMax laser, designed to be suitable for all skin types. Sessions last up to one hour depending on the size of the area or areas being treated, and must be taken at least four weeks apart.

Which areas can be treated?

Customers can choose three or five sessions on a choice of areas.

Choose from the following options for laser hair removal:

Accurate Laser specialises in high-tech cosmetic services at a clinic on Gray's Inn Road, five to ten minutes' walk from Chancery Lane underground station. In addition to laser hair removal and facial peels, the clinic offers specialised hair removal services for those who have undergone gender reassignment or suffered from polycystic ovary syndrome.

Yet to be widely reviewed, Accuarate Laser has over 2700 likes on Facebook.

Validity: Expires 90 days after purchase (excl. bank holidays).
Purchase: Limit 1 per person. May buy 1 additional as a gift.
Booking: Required by phone. 48-hour cancellation policy. 1 reschedule permitted.
Restrictions: Valid Mon-Sat 11am-7pm. First treatment must be taken within validity. Must be 18 or older. New customers only. Not suitable for pregnant women. Patch test and consultation required. Must sign waiver. Full refund if found unsuitable. Customers with sensitive skin may wish to consider their suitability before purchase. No open cuts or contagious skin complaints. Do not apply fake tan or nail varnish 24-hours prior to treatment. Must leave 1 month between sessions. Therapist-client confidentiality privileges apply excluding intent to harm. Valid on option purchased only.
Original values: Based on most expensive options. Verified using our merchant's website on 28 Apr 2014.
See the rules that apply to all deals. 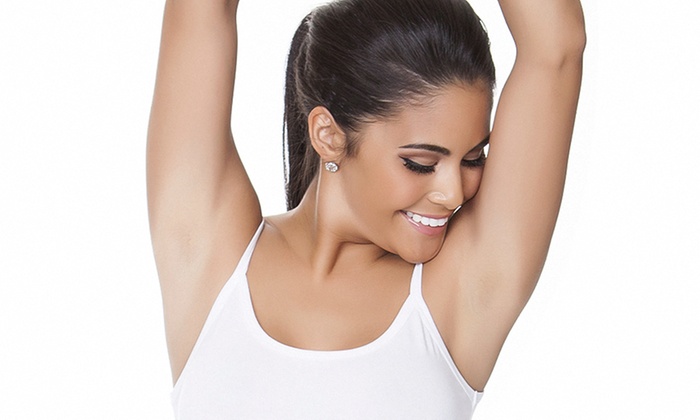 Laser Hair Removal: Three or Five Sessions from £99 at Accurate Laser (Up to 92% Off)