London: 1 or 2 Nights with 3*/4* Hotel Accommodation, Breakfast and Tina The Musical Show

London: 1- or 2-Night Break with Tina The Musical Show

This merchant is open for business and taking steps to help protect your health by following all applicable laws and regulations concerning COVID-19 safety.

London is high on the bucket list of many travellers. This package combines a London city break with the opportunity to see Tina the Musical. Afterwards, travellers can unwind and relax in a centrally located three- or four-star hotel

Travellers are invited to explore the vibrant city of London, famous for its attractions ranging from World Heritage Sites to modern hotspots such as the local cable car. In this capital city, a multitude of elegant theatres, alluring museums and galleries, verdant parks, inviting restaurants and world-leading shops are up for grabs.

Visited by up to six million people a year, the 18th-century British Museum is a world-class attraction which houses a remarkable collection spanning over two million years of world and human history, including the Rosetta Stone, Parthenon sculptures, and Egyptian mummies. With eight Royal Parks, travellers may retreat from the capital’s hustle and bustle, and enjoy a wide range of leisure facilities including swimming, boating, cycling, tennis, horse riding and live shows. Culture seekers may also enjoy a long-running musical, classic play or new debut at the famous West End Theatre, while sports fans may visit the Wembley Stadium, Lord’s Cricket Ground or Wimbledon Lawn Tennis Museum. This metropolis may also be admired from above while enjoying a ride in the world-renowned London Eye. Back on the ground, tourists may head to Buckingham Palace, the administrative headquarters of the Monarch, boasting 775 rooms and plenty of public spaces for guests to explore such as The State Rooms, The Picture Gallery and The Garden Cafe. Days may also be spent visiting Madame Tussauds wax museum, while a complete shopping experience may be enjoyed in Oxford Street or at one of the city markets.

You must buy 2 vouchers to complete booking. Price per person (pp) based on double occupancy.

No modification or cancellation allowed after booking confirmation. Bookings are non-refundable and non-transferable to another destination once confirmed.

Valid until 22 Oct 2022.
Price per person (pp) based on double occupancy. You must buy 2 vouchers min. to complete booking. If you want to travel alone, single supplements will apply based on the departure date and time. Please enquire with the Travel Provider at the time of booking.

The travel provider must be contacted within 48 hours after voucher purchase to secure dates and avoid disappointment. Booking required by email: concierge.team@omghotels.com, phone: 01525837100 or online at https://www.omghotels.com/omg-experience.html; please attach your voucher to the email.
Limit of 1 voucher per person per stay. Cannot buy multiple vouchers to extend stay.

There must be at least one adult over 18 years old per booking.

Customers will be allocated their London hotel within easy accessible reach of the theatre, featured hotels are Hilton, Crowne Plaza, Holiday Inn Express or similar, requests subject to availability.
City tax included.
Valid for stay in a double or twin room for one person (based on two people sharing).
For child/infant policy please enquire with the Travel Provider at the time of booking.

*Price from £99, per person, based on double or twin room occupancy.
Vouchers sold by Groupon International Travel GmbH.

About 3* or 4* London Break, Breakfast & Tina the Musical 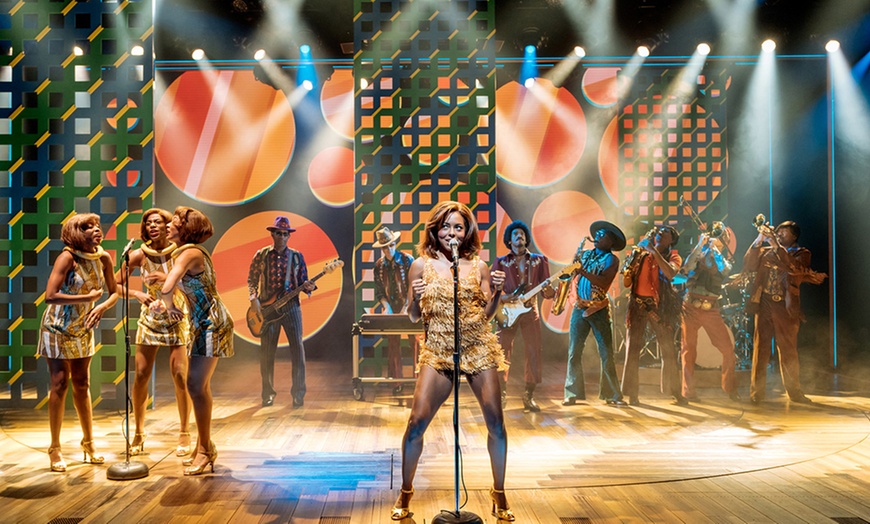 London: 1 or 2 Nights with 3*/4* Hotel Accommodation, Breakfast and Tina The Musical Show