Included in all options: Stay for two with breakfast, 3-course dinner on first night, one bottle of wine and late check-out arriving Jul-Nov 2016

See the options list at the end of ‘Getaways Report’ tab.

Overlooking the Brighton promenade and benefiting its guests with sweeping views of the English Channel due to its seafront location, The Old Ship Hotel traces its origins back to the 17th century, having been host for the likes of Charles II and Paganini, now consisting a blend of modern four star comforts and clean Georgian style architecture.

Bordered by Kent county to the east and Surrey to the north west, East Sussex is part of the historic county of Sussex, which has its roots in the ancient kingdom of the South Saxons.

Often known for its landscaped grounds and nature trails, the region is home of the Seven Sisters, a series of chalk cliffs, part of the Seven Sisters Country Park, between the towns of Seaford and Eastbourne. Another well-known attraction is the Royal Pavilion, an 18th century royal palace built for King George IV, while holidaymakers may also take a trip to Old Town Hastings, a traditional British town where plenty of antique shops and unusual old buildings may be explored. Located in seaside town of Eastbourne, East Sussex Falconry offers plenty of bird watching opportunities, from the known eagle or hawk to the more exotic white-faced owl.

No modification or cancellation allowed after booking confirmation. Bookings are non-refundable and non-transferable to another destination once confirmed.
Limit of 3 vouchers per stay. Can buy multiple vouchers to extend stay or as gifts.
Limitations:
Must be 18 or older with valid ID for alcohol.
3-course dinner is served on the first night only.
Afternoon tea is served on the second day only.
Other Information:
The hotel is located in Brighton, East Sussex, UK.
Valid for stay in standard king room or in standard sea view room for 2 people.
Vouchers sold by Groupon International Travel GmbH.
Online booking at the page https://reservation.groupon.co.uk/?utm_source=Groupon&utm_medium=HP&utm_campaign=Reservation

About Brighton and Kent (UK) 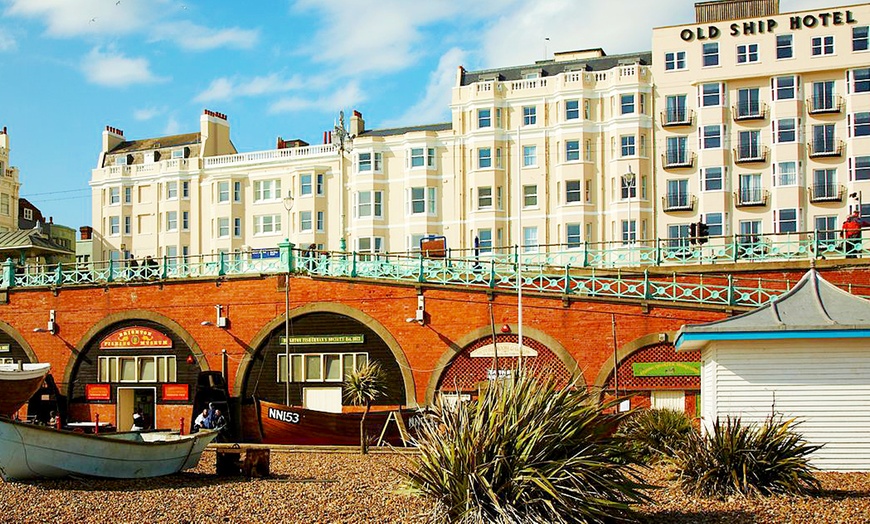