Option 1: for two people in a 2-berth sea view cabin

Option 2: for four people in a 4-berth sea view cabin

Linking Newcastle to the pavement cafes, Impressionist artworks, and bicycle-lined streets of Amsterdam, the ships take sightseers on short-haul voyages where retail outlets, eateries, and all kind of entertainment come along for the ride.

Culinary options span the globe with a variety of buffet and a la carte goodies, while three well-stocked bars keep thirsts under control. A spirited calendar of live events buoys evenings, as live music at the Columbus Club joins cinema and casino leisure options.

Sitting on the south bank of IJ Lake, Amsterdam is a port city connected to the North Sea, with Amstel River flowing through from south to north. Mixing vibrant nightlife and many diverse festivals with Renaissance architecture and cultural events, Amsterdam, the capital city of Netherlands, is a convenient spot for exploration and relaxation.

Guests can take a breath of fresh air with a stroll through the Erasmus Park, where ponds, gardens and local attractions make for a nice day of adventure or lazing in the sunshine. Moving inside, travellers can visit the Van Gogh Museum, which exhibits the works of the great master alongside pieces painted by his contemporaries. In this city of many tastes, tourists may enjoy Asian or Indonesian cuisine at one of the city’s restaurants or have dessert in one of the famous pancake houses, before renting a bicycle for a refreshing ride along the canals. Amsterdam also boasts shopping streets, filled with a wide range of stores and street markets selling food and clothes.

The weather in the capital city of Netherlands features an oceanic climate, strongly influenced by the North Sea. The temperatures during the summer season are mild, with the average high of about 20°C. The city gets a great level of sunshine throughout the season. However, the average low temperature, especially in the evenings, reaches about 12°C. Starting from mid-September, autumn is a rainy and wet period, with October having an average of 13°C and November one of 9°C. Amsterdam rarely sees the temperatures drop below 0°C in winter, with the average high around of 5°C. The level of sunshine drops to one hour per day in December, but this improves as the season progresses. In the spring, the weather starts to heat up. Although March and April are still chilly, May is often very pleasant with highs reaching 20°C.

Original values based on stays in seaview cabin between Sep-Dec 2016. Limited availability for these dates. Original values verified on merchant website on 26 Aug 2016.
Vouchers sold by Groupon International Travel GmbH. 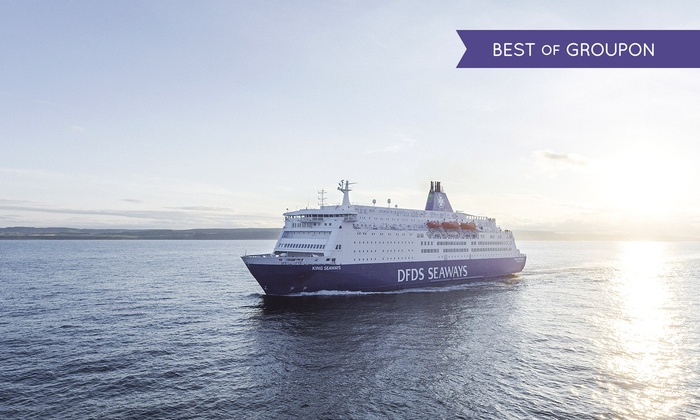