Taking place at the state-of-the-art, climate-controlled big top, the death-defying show will feature some of the world’s most talented performers. Guests will see the spectacle merging modern and contemporary styles with extreme stunts and clown escapades. The acts will include the Ayala Troupe from South America performing a high wire stunt, the extreme FMX team displaying cliff-hangers, nac nacs and supermans, and a stunt riding crew in the Globe of Death, which puts performers under G-force similar to that of a fighter pilot. Laura Miller will be showcasing her aquatic aerial ring, uniting the elements of fire, water and air with otherworldly visuals and music. Throughout the show, Henry the World famous Prince of Clowns will keep the audience amused.

Validity: Valid on date and time specified on Groupon only.
Purchase: Limit 1 per person, may buy 5 additional as a gift.
Restrictions: No booking required. Present printed Groupon on arrival. 14-day cancellation rights do not apply; no refunds or exchanges permitted. All ages welcome. Step-free access available. Valid on option purchased only.
Extra Information: Due to changes in the government guidelines, all customers will have to submit name & contact telephone numbers before entering the event. Please arrive early to avoid queues and delays. Where possible, print and fill out this Covid-19 form and bring it with you to the performance. Alternatively, the NHS track & trace QR code / scanning app will be in use at the performance. 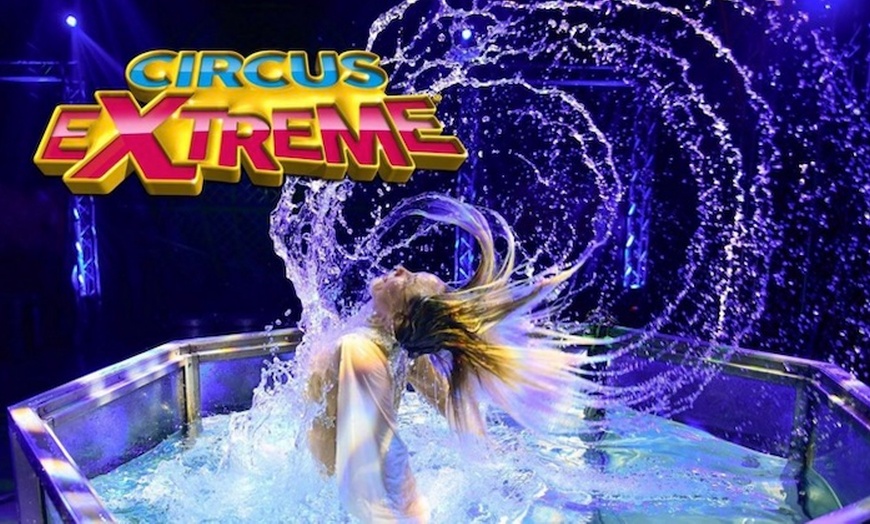