Audiences can see an international collection of daring and high-flying acts, including the Laser Man, at this animal-free circus

From the producers of the some of the world’s finest Circuses comes a brand new show specially created for a brilliant festive season in Birmingham NEC.

Continental Circus Berlin with an amalgamation of brilliant Circus acts from all four corners of the globe, music and real youthful energy, incorporating performers from all over the world.

In an age where so much entertainment is unreal, made up of special effects, CGI and has a virtual reality, being pre-recorded, multi-tracked, digitally enhanced or in some other way electronically created - the sheer reality of a live show is a breath of fresh air and the feats and skills seen at Continental Circus Berlin are often so awe-inspiring that the circus-goer literally can not believe their eyes.

Introducing from Columbia the unbelievable Robles Troupe, with seven people on the hire wire and the sensational wheel of death acts.

The Berlin stunt riding team will also be performing the Globe of Death. The most death-defying act ever completed, as the group experience G-force similar to that of a fighter pilot. Watch as they loop vertically and horizontally all while encased in a mesh sphere. This really is one for the petrolheads!

Nikolino the Clown, a famous figure in the circus world, will guide the audience through the show, when they are not sitting on the edge of their seat they will be falling off with laughter.

On top of this there will be a beautiful Anna Rastova flying trapeze from The Moscow State Circus, Aerial Princess Krasnodar, Brazilian Bouncing Slackline Robson De Souza Pinto Jnr, Inga Belyaeva hand balancing hula hoops and the Anderson Trail Bikers. As to this the troupe of dancers to create an amazing array of acts all with unique twists, of which many have never been seen before in the UK.

Housed in Birmingham’s favorite big top, considered to be one of the largest in the UK! This Climate controlled theatre-style big top is sure to impress, this production is brimming with an international cast of breathtaking artistes.

Validity: Valid on date and time specified on Groupon only.
Purchase: Limit 1 per person. May buy 19 additional as gifts.
Restrictions: No booking required. Present printed Groupon on arrival. 14-day cancellation rights do not apply; no refunds or exchanges permitted. Show lasts approx 2.5 hours. All tickets are for the grandstand section. Unreserved seating tickets, seats will be allocated on the day by the supplier, no requests allowed. Under 18s to be accompanied by an adult. Not suitable for children under 10 years old as adult-themed language will be used throughout the show, its the responsibility of the parents/adults taking children an under these ages if this is suitable or not for the child. The show contains some nudity and bad language, all tongue in cheek and not of a sexual nature. Strobe lighting and pyrotechnics are used in the show. Valid on option purchased only. Step-free access available, please contact the venue directly beforehand to arrange. 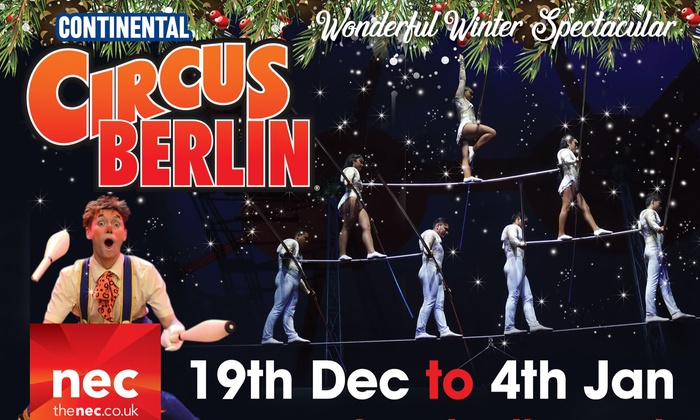