The Best Mexican Restaurants in Manchester BY: SHAUN BARNES | 5.11.2015

People often ask what’s my favourite cuisine? While there’s no definitive answer - it changes as often as the weather in Manchester – there’s one that’s always hanging around the top few spots, Mexican. I love everything about Mexican food; it’s vibrant and colourful, spicy and hot and they seem to use my favourite ingredients – chillies, avocados

Date Night at Manchester’s Most Romantic Restaurants BY: RUTH ALLAN | 7.1.2016

It’s date night, and the onus is on you to choose the perfect restaurant in Manchester. Romantic, secluded and seductive? The pressure is on, but fear not - whether it’s a first date or a special occasion, we’ve found five restaurants guaranteed to impress. Hawksmoor Hawksmoor opened in early 2015, but the steakhouse has style and character that s

Whether your cooking skills are a few eggs short of an omelette, or you’re looking for a unique present for someone special, these classes could be just what you need. From the mastery of Indian spices to baking your own artisan bread, Manchester has a diverse range of cookery classes to suit every taste. Here are our top five.   The Spice Club’s

The Best Indian Restaurants In (Greater) Manchester BY: SHAUN BARNES | 8.12.2015

Manchester is a melting pot of culture when it comes to food. Its restaurants offer a wide variety of cuisines ranging from the ever popular Chinese, Italian and Spanish to the more exotic such as Mexican, Japanese and Vietnamese. You’ll even find Russian and Armenian restaurants if you look closely.   I’m always attracted to seemingly exciting new

Although Salvis is located in the main shopping area in the very centre of Manchester, it’s so small compared to its neighbours that you’d hardly know it was there. Tucked into the front of the Corn Exchange and surrounded/shadowed by some of the largest shops in Manchester, Salvis is the truest of little Italian joints. The space is tiny, but the welcome is massive, whether they know you or not. Salvi’s is one of the only places in Manchester that I feel truly settled when eating alone.
8 Options for Sunday Lunch In Manchester
BY: SHAUN BARNES | 11.8.2014
There are few things more British than a Sunday roast. For many, Sunday lunch is all about cooking for family or friends at home, but it’s also one of the most popular meals to eat out. After a hard week at work what could be more comforting than a plate full of delicious roast meat, Yorkshire puddings, roast potatoes and gravy? Especially with no washing up afterwards! No wonder every Sunday pubs and restaurants all over the country are full of people enjoying this famous meal.
Manchester’s Real Ale Tales
BY: SARAH TARMASTER | 5.8.2014
When it comes to the perfect pint, Manchester’s quickly becoming the beer angel of the North. Forget fighting your way to the front of a chain bar for a pint of watered down corpo-lager, Manchester is a bursting barrel of down-to-earth real ale pubs, quirky craft beer sellers and micro-bars sourcing the best beer the north has to offer.
Great Breakfasts in Manchester
BY: SHAUN BARNES | 28.7.2014
Despite having long been regarded as ‘the most important meal of the day’ many of us choose to skip breakfast on a regular basis. Generally, this is due to a lack of time before the morning commute, but even at the weekend breakfast is often overlooked when it comes to eating out.
Dining Out On A Diet In Manchester
BY: SHAUN BARNES | 21.7.2014
Eating out regularly can add pounds to your figure as quickly as it empties them from your bank account. But whether you're trying to lose weight, have been put on a diet by your doctor or are just trying to live a little healthier, you don't have to give up dining out.
Cuckoo for Cake
BY: SARAH TARMASTER | 14.7.2014
Manchester’s a seventh heaven for the baked goods enthusiast. With so many places to pause and ponder over a simple slice, whilst you let the manic franticness of the world pass, the decision making process often takes longer than the act itself. Here’s my rundown of the best.
Nothing Beats Street Eats
BY: SARAH TARMASTER | 7.7.2014
As the recession has taken bite, people are searching for a food bargain; but cheap food needn't mean rubbish food. An army of passionate foodies has been unleashed onto the streets. They are chefs who want to start a business but can’t afford a restaurant, people who have been made redundant and want to step away from the rat race or those who want to take their food passion to everyday people.
How to Make an Aperol Spritz
BY: PETER CALLAGHAN | 2.7.2014
For the past couple of summers there’s been a fizzy orange drink making its mark in Manchester. And it ain’t tango.Aperol Spritz is a combination of ice, prosecco, soda water and the all important Aperol, an Italian aperitif which has a strong taste of bitter orange, a hint of rhubarb and the colour of a summer sunset.Last year the Aperol Spritz So
Grillstock Returns to Manchester
BY: PETER CALLAGHAN | 25.6.2014
This weekend sees the return of the celebration of all things barbecue to Manchester for the second year. In 2013 Grillstock spread their wings and flew north from their base in Bristol to bring the mix of “meat, music and mayhem” to Albert’s Square.  So successful was it, that they are back.
Foraging for Food - Where to get Wild Food in Manchester without the Wellies!
BY: SARAH TARMASTER | 23.6.2014
Wild foods, initially eaten by all and then by those weird friends of your parents who ‘had opted out’ has been making a comeback. After countless food scares, the rise of Scandi-cuisine and the affable Hugh Fearnly-Whittingstall constantly popping up on our screens, wild food is definitely back. But where can you forage for wild food in Manchester, without getting your wellies on and your hands dirty?

A fast food stall with a difference, The Moocher is very much slow food orientated. Using nature’s bounty, they cook, cure, preserve and create low-cost dishes based around the ethos of local/seasonal/wild. Expect to find their stall packed with delights such as cured venison peeking through jars of wild garlic pesto; juicy hares hiding under a pastry pie or wild boar laid down on homemade bread. Regularly popping up at Levy Market, they also make appearances at street food events and festivals in the North West.
Manc Vs Food
BY: SHAUN BARNES | 16.6.2014
Despite American reality TV show ‘Man V Food’ only being shown on relatively small channels Dave and Good Food in the UK, it has built up something of a cult following. Viewers were drawn to watch the adventures of host Adam Richman as he travelled America to take part in ‘big food’ challenges. Sometimes eating extremely hot foods such as the ‘Suicide Wing Challenge’ where he took on a plate of wings coated in Ghost Chili sauce but more often than not involving seriously large quantities of food, like an insane 72oz steak with several sides.
Manchester Says Move Over McDonalds
BY: PETER CALLAGHAN | 2.6.2014
Now come on, who doesn’t love a good burger? If your answer is “not me” then you might as well stop reading now. If, like any sane person, you do then read on for some suggestions as to where you might find a patty that will tear down the golden arches and knock the crown off the “King’s” head.
My Favourite Manchester Coffee Shops
BY: PETER CALLAGHAN | 21.5.2014
Coffee.
Around the City in (my Favourite) 8 Cuisines
BY: SHAUN BARNES | 19.5.2014
Being a proud Northerner I’m fond of black pudding, Lancashire cheese, Eccles cakes and many of our other local delicacies. But one of the best things about Manchester is the huge variety of cuisines available in our restaurants.
My Love for Liquor
BY: SARAH TARMASTER | 18.4.2014
Owning up to liking a drink can sometimes be akin to admitting that you’re a regular shoplifter or that you laugh when old people fall over, especially if you admit to liking hard liquor. Well I’ll raise my head above the parapet and say it – I love hard liquor. Why do I love it so much? It’s all thanks to Manchester’s self-styled sauce specialists, The Liquorists.
Top Spots for Brunch in Manchester
BY: SARAH TARMASTER | 18.4.2014
Whether you’ve imbibed a little too much the night before, or it’s just a luxurious, lazy Sunday stretching out in front of you, nothing beats a lazy brunch. Manchester’s lucky to have a wide selection of places to pick - in fact, if you’re a little worse for wear, it can be the picking part that’s most painful.
Chasing Stars: Who Will Win Manchester’s First Michelin Star For 30 Years?
BY: SHAUN BARNES | 18.4.2014
Despite something of a foodie boom in Manchester over recent years, the city currently doesn’t have a single Michelin star to show for it. Regarded as the ultimate honour in the chef world there hasn't been one in Manchester for almost 40 years.
Cash, Cheque, Credit Card – Small Plates
BY: SARAH TARMASTER | 18.4.2014
Whether you’re a light luncher, drastic dieter or just like grazing the day away, Manchester is a city full of small dishes for eaters on every budget.

One of Manchester’s newest openings - from the guys behind the well-known, well-loved Banyan Tree - Superstore mixes New York bar style, British food and an injection of spice to bring you lively, energetic and surprisingly brilliant dishes. Grey walls, stripped wood and an open kitchen are enhanced by a well-stocked bar and chefs that aren’t afraid to take some chances.
SEE MORE
Food and Drink Deals in MANCHESTER 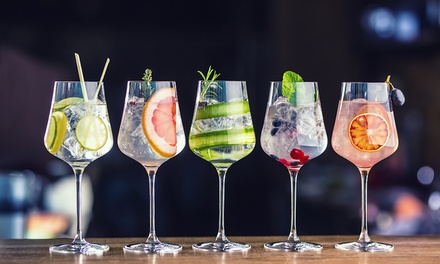 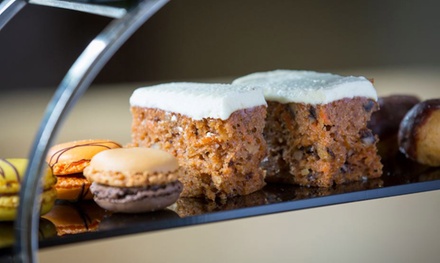 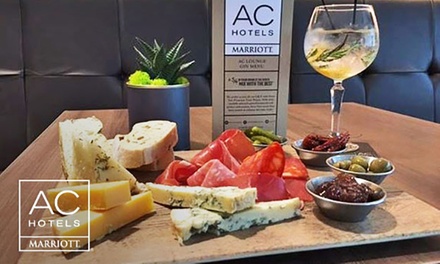