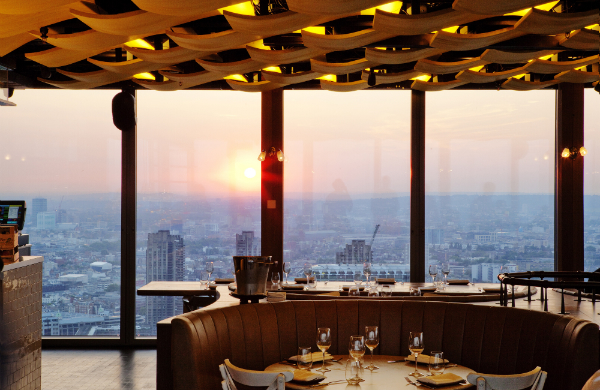 Most people's experience of 24h "dining" in London is a 3am trip down to the local corner shop when the gin and pringles run out. But believe it or not, although we have quite a way to go to match the red-eye eateries of New York or Tokyo, there are still a few options for when the club lights come on and you fancy a bit to eat before grabbing the night bus home. Here are some that do early-hours eating better than most: 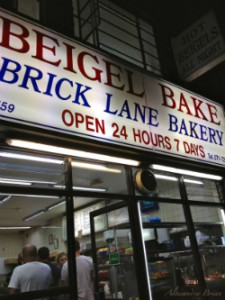 Perhaps the most famous of the 24h joints in London, the marvellous fresh salt-beef beigels are baked here round the clock, which means they taste just as good bleary-eyed at 4am with mustard running down your neck as they do as a more sedate weekday lunch option. They're also remarkably good value, which explains the queues at every time of day or night.

The appropriately-titled Vingt-Quatre is an American diner on the Fulham Road - and now with a branch in Bloomsbury . Their 11pm-7am menu includes buttermilk pancakes, eggs Benedict, burgers, hot dogs and steak sandwiches, all of which sounds good enough at midday never mind post-champagne-binge in SW10.

Nobody ever came to Bar Italia for the food, in the same way that nobody ever came to Soho for a quiet night in. Bar Italia compliments Soho's seedy late-night scene with some bog-standard Italian fare (lasagne, pasta penne) and a handful of greasy-spoon classics to feed the bizarre collection of post-club casualties, lunatics and dropouts that lean towards this part of town once the lights go down. An interesting - if occasionally terrifying - experience.

Yet another American Diner (there must be something about hot dogs and burgers that makes this the most sought-after sustenance for the inebriated), if I'm going to be brutally honest, Tinseltown only makes this 'best of' list due to the lack of decent competition elsewhere - the menu is solid but is hardly going to win any points for innovation. But, it’s open all hours, has a good drinks list, and there are enough branches scattered around town for you to be never too far from a 4am chilli-dog.

The best of the bunch - and by some margin - Duck & Waffle's food isn't just good for somewhere open 24 hours a day, it's impressive full stop. Head Chef Dan Doherty's relentless experimentation has created some truly singular dishes - you haven't lived until you've tried his spicy ox cheek doughnut or bacon-wrapped dates. The location (awe-inspiring - on the 40th floor of the Heron Tower on Bishopsgate), the quality, and the value-for-money, are simply stunning. For a half a dozen oysters, a glass of champagne and watching the sun come up, there's no finer spot.

Where are your late night dining spots in London? Tweet us! @Groupon_UK #grouponguide