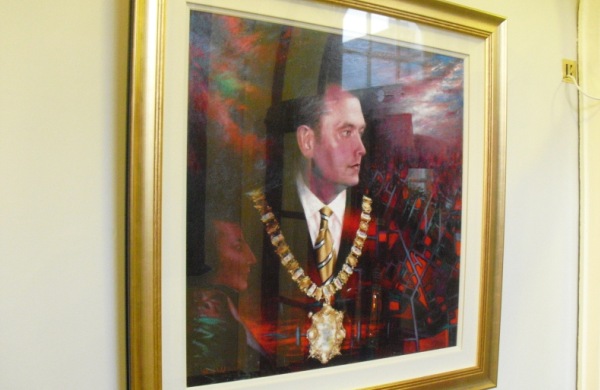 Belfast City Hall is the centre of the city - its white domineering stucco sits atop Royal Avenue like a vigilant watcher. Many residents of the city have never set foot inside and therefore don’t know it’s secret - City Hall is home to artworks by some of the most influential Irish artists of the last one hundred and fifty years. 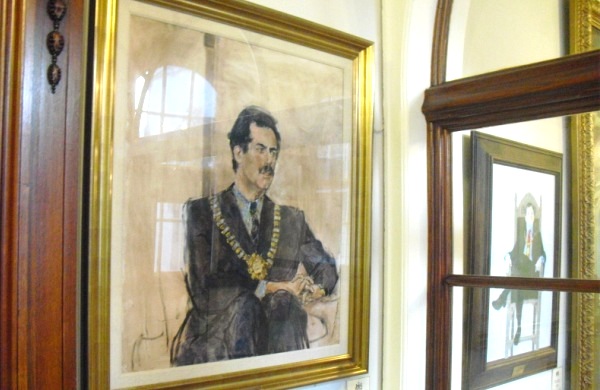 How come City Hall has all of this influential art? When a new Lord Mayor is elected, during their term they can select an artist of their choice to paint their official portrait, so the corridors of City Hall are awash with pieces by notable artists.

One of the most interesting things when you walk through the corridors of City Hall is looking at the different interpretations and styles. The colourful softness of prestigious Northern Irish artist Carol Graham (who has painted an impressive eight Lord Mayors) differs greatly to the classical style of artist Thomas Alfred Jones (who also painted eight subjects). Jones had a monopoly in portrait painting in Ireland in the mid nineteenth century - much of his work you may have seen exhibited in galleries and stately homes throughout Ireland. 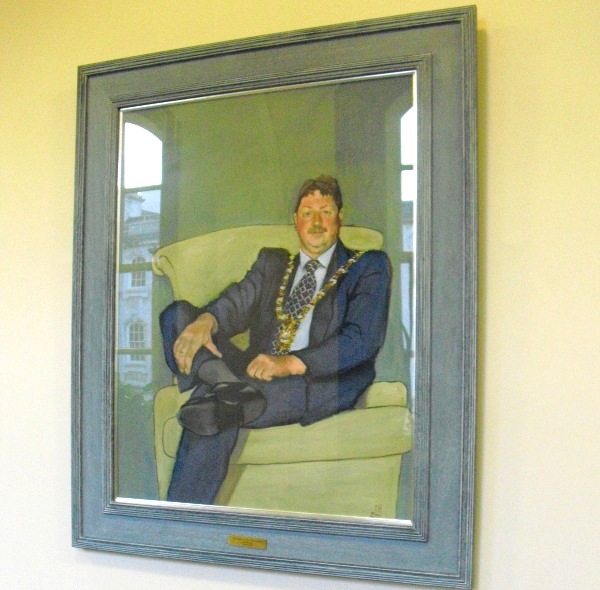 The portraits move through a period of stiff standing portraiture and into a period of seated classicism. It’s fascinating to observe the passing of time - the nineteenth century portraits are classical, with ship scenes in the background depicting the industry of the city. The few more unusual pieces are those with a spouse included, or the very large (and very small pieces). Some have a slightly too laid back form, such as the portrait of previous Lord Mayor Sammy Wilson who is pictured reclining in his chair, leg aloft. 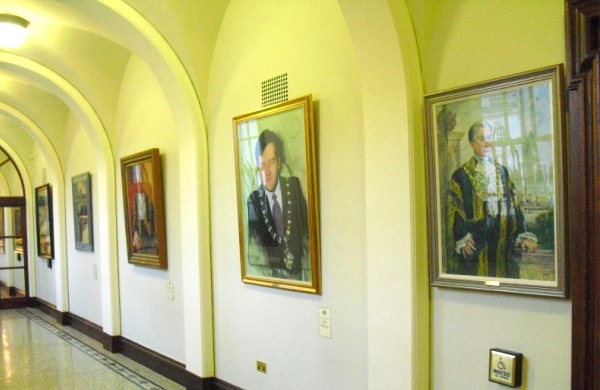 Celebrated post impressionist artist Neil Shawcross is another of the artists who has lent his undeniable skill to the gallery in his portrait of Alderman David Sommerville Cook in 1978. Rita Duffy, whose work features in venues throughout Northern Ireland, is also represented along with Ross Wilson who has been responsible for some of the most vibrant sculptures in the city. Up and coming artist Paul Wilson is also one to watch. Having previously painted George Best, he has made the Saatchi gallery’s list. His work of Councillor Martin Morgan is interspersed with stained glass images. Artists Mick O’Dea, William Conor, and Nicola Russell are also represented. 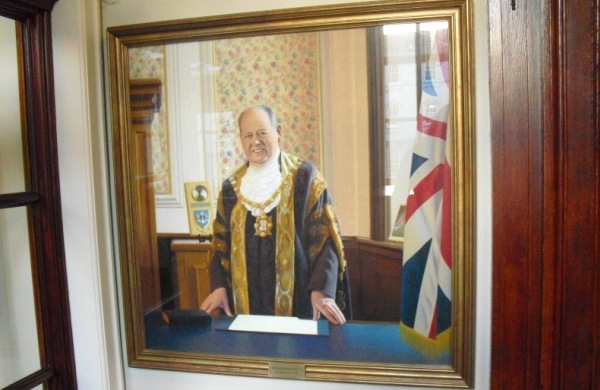 Perhaps one of the most celebrated Irish artists in the collection is John Lavery who painted the Right Honorable, The Earl of Shaftesbury. Lavery was a portrait painter of great renown - those familiar with the Ulster Museum will know the room dedicated to his work. Perhaps one of the best known things about Lavery is his painting ‘Cathleen ni Houlihan’, which was posed for by Lavery’s wife Hazel. The painting was commissioned to appear on the Irish bank notes.

The diverse range of subjects and styles looks to be increasing as the pool of artists increases. The most recent portraits have shown a diversity which makes the future portraiture an exciting prospect. One of the key artists missing from the collection is the wonderful Basil Blackshaw - the Glengormley based artist is one of the finest in Ireland. Hopefully one of the new Lord Mayors will pick Blackshaw to immortalise them.

Visit the City Hall and check out the many paintings from some of the best artists in Ireland, perhaps contemplate which style is your favourite and if you would also hold your leg aloft.

Get discounted tickets to cultural events in Belfast.