Drunk at Vogue Guide to the Best of Gay/LGBT Manchester 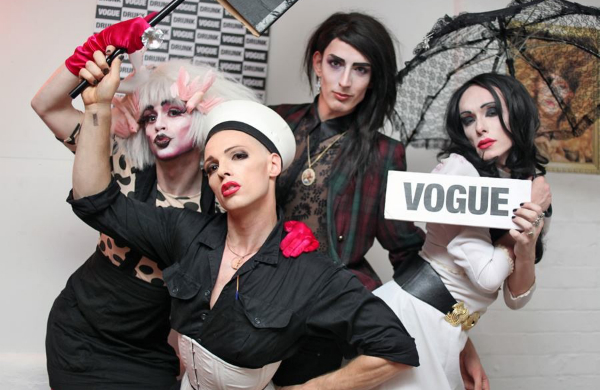 Home to the annual Pride Festival, TV series like Queer as Folk, and iconic figures like Alan Turing and Jeanette Winterson, Manchester is one of the country’s top destinations for LGBT culture and nightlife. The scene sprawls across many of the city’s districts - no longer are gay clubs and bars confined to Manchester’s showy Canal Street. Instead, you’ll find something for everyone from cool nights like Drunk at Vogue at Kraak in the Northern Quarter, to Salford’s wild and free-thinking art, music and club space, Islington Mill. With so much going on, it can be hard to find your feet. So who better to ask than founder of one of Manchester’s coolest club nights, Drunk At Vogue for his personal hit list. Greg Thorpe is not just a DJ, he’s a novelist, an established blogger and the driving force behind one of the city’s most welcoming, fun and diverse parties. His favourite moment for DAV to date was being invited to throw the launch party for the Manchester International Festival in 2013. He says: “It was a great moment of recognition and validation. We were very proud and of course we gave them a party to remember. In 2014, we are throwing a party in a boxing gymnasium in Salford. It’s an incredible space and we are doing amazing things with it and we’re also booked to play Festival No. 6  (in Portmerion, Wales) for the second time. Last year around a thousand people came to see us play there.” But parties to remember have to start somewhere, and Greg’s Drunk at Vogue journey started off at Kraak in the Northern Quarter, a famously opened minded DIY-style venue in the city’s new centre. “As a venue, Kraak welcomes new ideas and is open to all kind of people, from visual artists to little-known bands,” Greg says. “You can find everything from deep house nights to interpretive dance performances on the roster and that’s the kind of creative world we want to be a part of.” 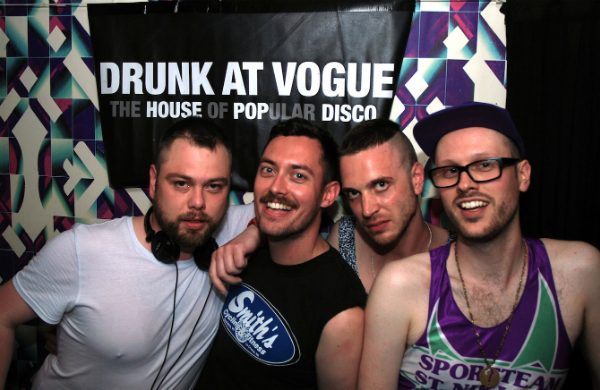 “There’s a been a burst of creative input on the LGBT scene which has been loosely harnessed under the ‘Queer Alt Manchester’ banner” Greg adds. “I’m always looking forward to seeing what this wonderful umbrella of creatives comes up with next. New nights (and new drag queens) are being born all the time! If you want to cut your teeth on the drag scene, and see the most finessed and beautifully designed performance pieces in the city to boot, I’d recommend Cha Cha Boudoir at Sub 101.” “For drinking, I love The Molly House off Canal Street in the Village. Its mere existence says, ‘Queer people deserve nice food, good music and interesting beer!’. Trust me, this is still a radical statement in 2014.” Greg recommends North Tea Power for being serious about their coffee and cake - without being intimidating. “Its home to the finest aeropress in the city,” he adds, “and somewhere to pore over your paperback/laptop if you need to without feeling rushed or like a Carrie Bradshaw wannabe.” Like many of the LGBT scene’s innovators, Greg is driven by Manchester’s independent spirit which runs through its myriad of cultures. “There’s a trace of alternative DIY spirit to be spotted in the streets of the Northern Quarter,” he says. “Other than that, Islington Mill in Salford is an inspiring mix of art, music and ideas to make you want to up your game.” What are your recommendations for LGBT culture in Manchester? Tweet us! @Groupon_UK #grouponguide ____ Check out our deals for culture in Manchester.
BY: Ruth Allan
Manchester Wire