Best Offies and Bars in Belfast for Whiskey Drinkers 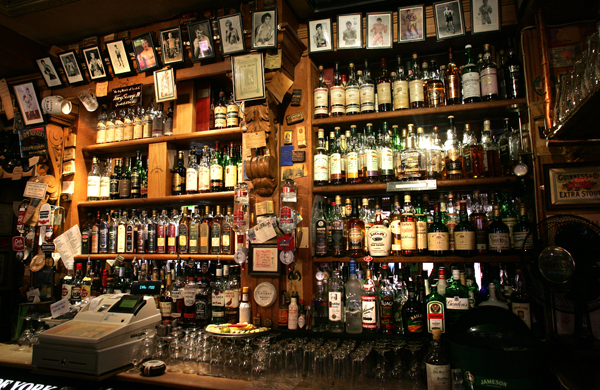 With a deluge of bars in Belfast having built up an astounding collection of the spirit, we’re in the midst of great times for whiskey drinkers.

I’d only begun to develop an interest in whiskey in the past year and couldn’t really tell how I was even meant to spell it (was it whiskey or whisky), let alone drink it. For those interested, here’s a relatively interesting explanation on the whiskey/whisky debate that explains it more eloquently than I could.

My first real introduction to the stuff was a 10-year-old Laphroaig that hit me with a peatiness that I’ve since grown to crave. Little did I know that the bottle would turn me into a fanatic. Luckily, for those like me who love whiskey, there are plenty of off licences and bars in Belfast with superbly stocked whiskey larders…

Sitting in Belfast’s burgeoning Cathedral Quarter, the Duke of York needs little introduction to anyone who’s drank in the city. Its biggest downfall is its popularity and most weekend evenings it's full. But then on a pleasant (or should that be dry) evening there’s nothing better than standing on the cobbled streets outside with a glass of whiskey in one hand and a pint in the other.

For me, the Duke of York has the biggest collection of Irish whiskeys I’ve seen in the city and when it’s not horrendously busy the staff will help you out with a pick if you’re not sure what to order. 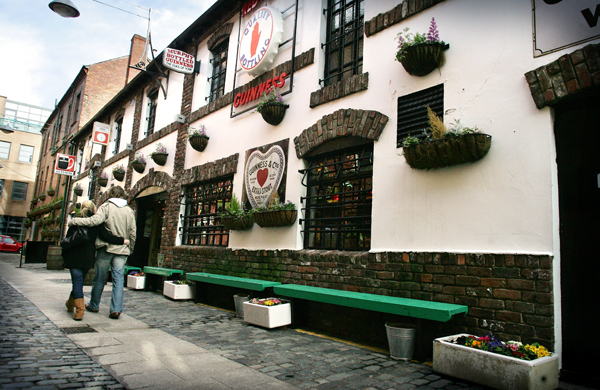 Not just home to a great whiskey collection, the Hudson Bar also has a whiskey club. It first started out as a homage to Irish whiskeys but quickly moved to also include countries you wouldn’t necessarily think of as whiskey producers like Sweden and Wales (though I’ve tried a dreadful Welsh offering that would strip paint from an oil tanker).

It’s no real shock that the bar is heavy on its whiskey offerings (some top over the £50 a glass mark) given one of its owners – lottery winner Peter Lavery – has his own Irish Whiskey, Danny Boy. 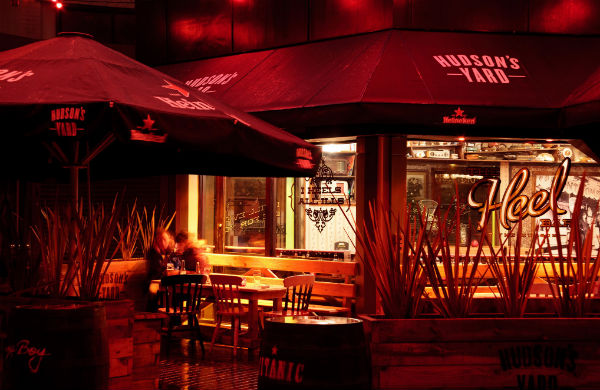 Photo copyright of The Hudson Bar

On the road that used to house Belfast’s Golden Mile, Lavery’s has weathered the strength of time and still packs them in. What many don’t know, however, is that Lavery’s Off Licence also stocks an incredible range of whiskeys including the extremely expensive Midleton Rare (that depending on age can cost close to a grand) and the 20-year-old Nikka Yoichi. 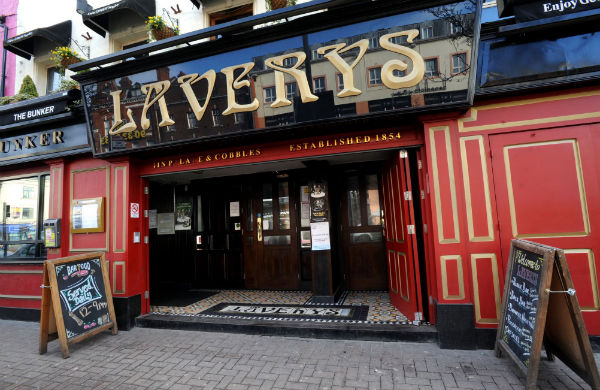 In my humble opinion, the Vineyard is Belfast’s best offie. Whatever the spirit, the Vineyard has a much better range of drinks than many others and whiskey is no different. When it comes to customer service, if they don’t have what you want they’ll source it for you. They’re also very good at having a chat with people like me who are new starts in the whiskey world and giving suggestions on what to check out.

5 Venues for a Night Out in the Cathedral Quarter Belfast

The Best Restaurants in Belfast for a Celebration

Which bars in Belfast would you recommend for whiskey drinking? Tweet us @GrouponGuide_UK

Browse our deals for Belfast bars.