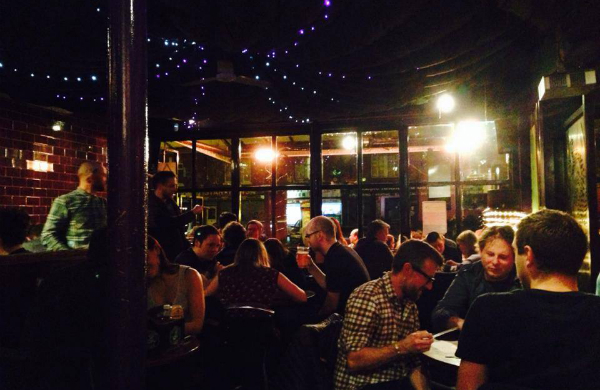 There was a time, if you’ll indulge us for a moment, when if you couldn’t remember something, or queried something above your intelligence you might have to go home and look it up in the old Encyclopedia Britannica, or ring a loved one who you deemed a fountain of wisdom. It was a simpler time, arguably a better time. Now with the advent of the smartphone and certain search engines that can do your thinking for you, this problem has become almost obsolete. Though this growing disconnect between human beings and information found on an electrical device as opposed to one’s brain has caused social unrest it has also made it a lot more difficult to host a friendly pub quiz. And let’s be honest, that’s the greatest shame of all. In Manchester there are a few that have bucked the trend of straightforward stuffy pub quizzes and made it harder for cheaters to prosper, endeavouring to make the traditional pub quiz more about a damn good time as well as a chance to stretch your grey matter. And win some prizes.

In the up and coming area of Castlefield there is only one place to be on a Monday night, so it’s always better to get an early seat to be in with a chance of competing and eating your way to a massive cash prize at The Banyan Tree. Expand your mind and your stomach with special deals on curries and a raffle ticket for every drink you buy. Rewards for being drunker? Not many quizzes boast that. 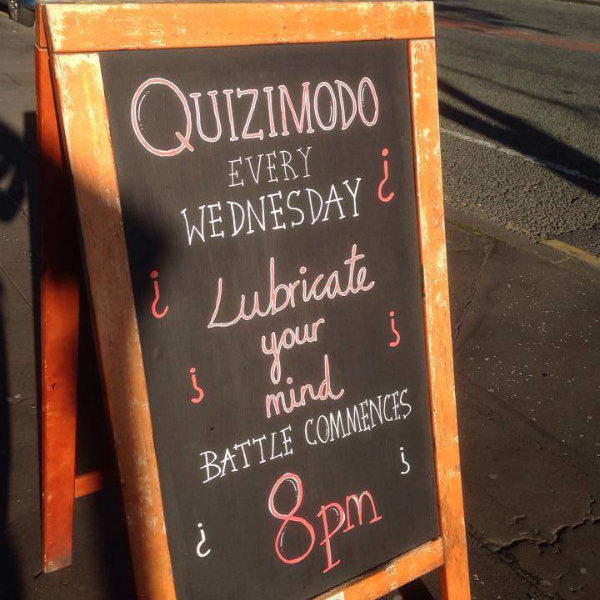 More a game show than the kind of quiz your old local might have put on. Quizimodo embraces multi media to test your lateral thinking via the use of flip charts, kazoos, audio visual rounds, and the occasional ‘quizioke’ sing off. Home of the world famous crisp dust challenge, it’s a quiz like no other.

Not just a quiz, it’s a state of mind. Common Knowledge incorporates games and tasks that you couldn’t possibly internet your way out of. It’s also free to join in and prizes range from the sublime (beer!) to the ridiculous (instructional rock guitar VHS anyone?). 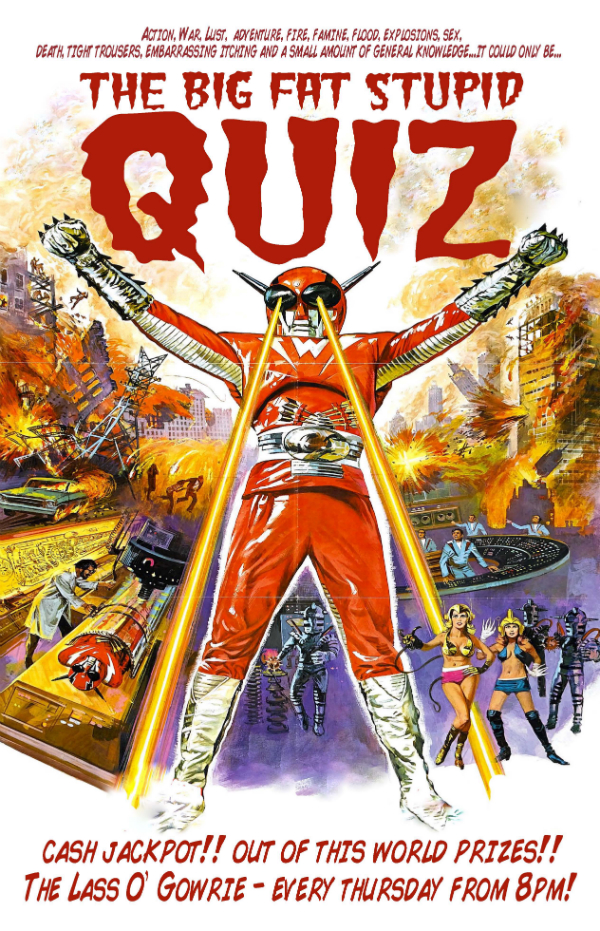 Another quiz that takes a turn for the ungoogleable as host Giles Bastow creates a fiendish trial of trivia to truly test your cognitive reflexes. After a short break whilst the Lass was closed, it is now back and as strange as ever. The Big Fat Stupid Quiz mixes retro quizzing with new tech BFSQ is a cross generational treat.

When most quizzes introduce a football round they are met with groans, so questions on the beautiful game have slowly died out on the pub quiz circuit. Turning into this skid and laughing foppishly whilst doing so is The Proper Football Quiz. You have to know your Onions (Lee Onions that is, manager of Bilston Town FC) but if you enjoy a quiz of two halves then lace your boots up and get in the game.