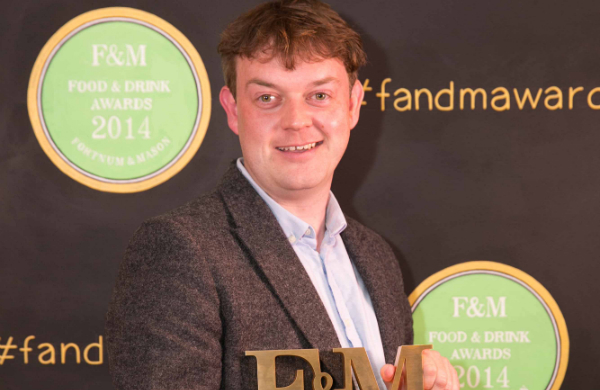 How did you get in to blogging?

To this day, I’m not entirely sure. I was certainly influenced by early restaurant blogger pioneers like Dos Hermanos and Silverbrow, and perhaps at the back of my mind I liked the idea of getting back in to creative writing, which I’d not done since high school. But no, I have no idea why I did it. Still don’t. As for the name, it was just the most English sounding thing I could think of, and vague enough to be both a general food blog and a restaurant blog – at the time, I wasn’t sure which would end up being the main focus.

I’m still smarting from having to call it ‘cheesenbiscuits’ in the URL though, as ‘cheeseandbiscuits’ was taken by some Texan computer programmer who wouldn’t give it up. He’s not blogged since 2005. I sometimes think about contacting Interpol, but I think they’ve got bigger fish to fry.

Would you like your blog to be your full time job?

Yes and no. I like the technical side of my day job (a scripter for a market research company) and the structure the office day gives me. I have a worrying feeling if I didn’t have to get up to answer my work emails I’d just spend all day in my pants arguing with people on Twitter. And though the day job can be repetitive, having to write to deadlines or not eat is a pretty frightening thing to consider. I think I have the best of both worlds.

Whats the best meal in a restaurant you’ve ever had?

The thing about ‘best meals’ is that you can’t repeat them. Going back to the scene of a life-changing dinner is a recipe for disappointment; there’s no way the gold-plated memory that you’ve cherished since can live up to the reality of what was a perfect and unrepeatable combination of factors (company, the weather, timing, service, circumstance). So I will say a family meal I had in the garden of a hotel in Rocamadour in 1996, where we had local cheese, foie gras and summer berry dessert, served by a waiter from the Benny Hill school of service. Never to be repeated.

I’d probably take a trip up to Cartmel and have one of Simon Rogan’s tasting menus at l’Enclume. If there’s anyone that can produce a top-5 meal of my life more than once, it’s this man.

How long did it take you to become a successful blogger?

Just enjoy it. Starting a blog just for a free meal or because you’re jealous of the things that food bloggers get to do is not the way to have a successful career. For six months, nobody read a single thing I wrote but I carried on because I was happy with what I was doing. I’m still happy today; everything else is just a bonus.

Tell us something about your city people usually don’t know?

If you’re ever caught short in the centre of town, stride confidently into the fanciest hotel you can find. Nobody will stop you, and the conveniences will be immaculate.

How did you get such a big following on Twitter?

It happened quite organically – I remember the day I got over 1,000 followers I was so delighted I pledged to send my 2,000th follower a bottle of champagne. This I duly did, and the bastard unfollowed me a week later. That taught me the fickle nature of Twitter.

Whichever way the chef wants to give it to me. They’ll know better than me.

Would you take the red pill or the blue pill?

I’d take them both, then come round on Shaftesbury Avenue outside Café Arts at 3am with my trousers round my ankles.

Martinis are always stirred. Anyone who orders a ‘shaken’ martini has either never ordered one before or thinks this most stately and wonderful of drinks really does look better with shards of broken ice floating about in it. Ditto for people ordering a ‘vodka’ martini – a martini has gin and vermouth, and nothing else. Would you order a ‘rum gin and tonic’? No, you wouldn’t. So stop ordering vodka martinis.

Where to find the best Thai Food in London