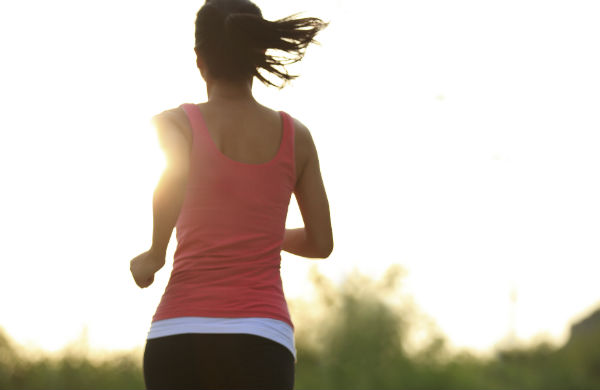 Grass, trees, benches - you’ve seen one park you’ve seen them all right? Wrong. London’s parks all offer something different for runners to explore.

It’s not often you get to see tigers, penguins and camels on your run. In Regent’s Park (home to London Zoo), you can follow the zoo’s perimeter fence - when the animals are out, it’s easy to forget you’re in London. And there’s nothing quite like the roar of a lion to make you pick up the pace. Regent’s Park is well equipped for runners - its ‘Hub’ Sports Facility has showers and changing rooms and there’s a free running track (though this isn’t lit and a few meters short of the standard 400m - what do you expect for free?). Closest station: Regents Park, Great Portland Street, Baker Street.

Slap bang in the middle of central London, Hyde Park offers runners an escape from the bustle of the city. While you may have to dodge tourists struggling to control Boris bikes on some of the busier paths, there’s plenty of quieter corners to discover. If a lap of the park (just under 4 miles) isn’t enough to stretch your legs, you can add on St James’ Park and Green Park, or bring your cossie and take a dip in the Serpentine Lido. Closest station: Hyde Park Corner, Marble Arch 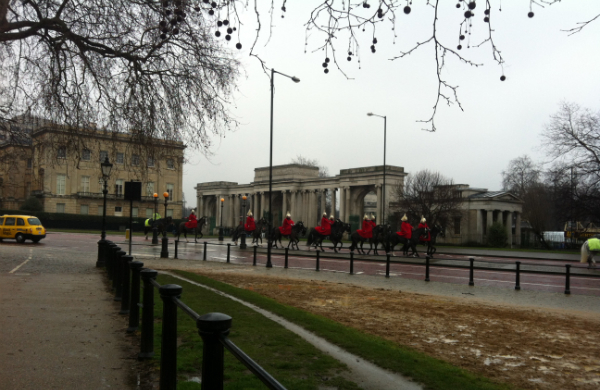 A run up Parliament Hill will make your legs scream for you to stop, turn around and walk slowly home. But don’t. At the top you’ll be rewarded with what is easily the best free view of London. Who needs the Shard? Good hills are in short supply within London, but not on Hampstead Heath. Head away from the main paths and discover some trails. Or, if you’re looking to inject some speed into your running, the athletics track at Parliament Hill Fields is a lovely quiet spot to get sweaty. Closest station: Hampstead Heath, Gospel Oak or Highgate. 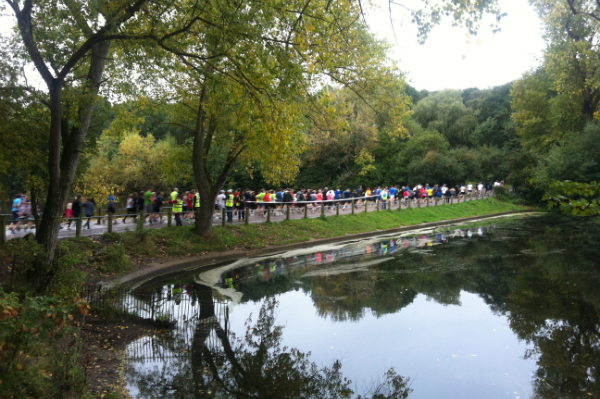 A stone’s throw from the Olympic stadium, Victoria Park hosted some of the world’s top athletes for their morning jogs during London 2012. It’s pancake flat with huge, wide paths so you’ll never need to battle for space. One lap is a little over 2.5 miles and you can extend your run by heading along the Regent’s Canal or River Lee, which run either side of the park. Closest station: Hackney Wick

This is as close as you can get to a piece of countryside in London. Richmond Park has miles of paths and trails, a pretty big hill and roaming deer. You’ll feel a million miles away from the city - but stand on King Henry’s Mound and you’ll be able to see St Paul’s Cathedral ten miles away in the distance. Richmond Park is a park so big it’s possible to get lost in and even hosts its own marathon. Closest station: Richmond

Where are your favourite running parks? Tells us @Groupon_UK #GrouponGuide

Check out our deals for fitness in London.