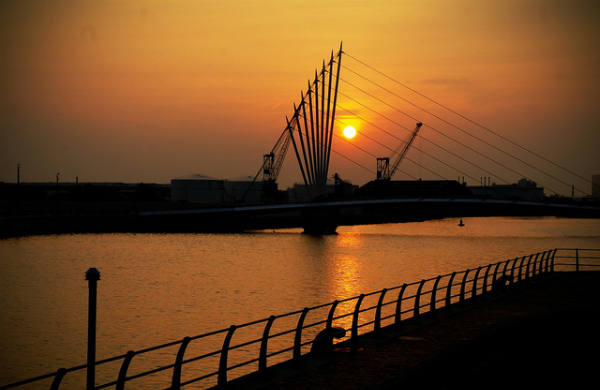 With classic red bricked institutions sitting in harmony alongside shiny new restaurants and art galleries, the Manchester topography is both sprawling and varied – but thanks to its predominantly flat terrain and built up nature, it’s also not a city known for its great views.

However, despite it being difficult to truly appreciate the cityscape we have, it is by no means impossible. One of the best ways to enjoy the experience is to actually get above street level, using the landscape and architecture to clamber upwards for an urban vista - to see the city you need to know how to use its assets.

Cocktails in the Clouds

One of Manchester’s most well-known high risers is the Hilton Hotel , making a spectacular contribution to the skyline with its imposing and sleek design. Whilst the hotel boasts floor-to-ceiling windows in each room, what draws most to the landmark is Cloud 23, The Hilton’s stunning bar set on the building’s 23rd floor where cocktails come served with breath-taking panoramic views. The novelty factor means it’s always a big hit for graduations, birthdays and dates, or simply anything that deserves the theatrics of large-scale twinkling lights of the city beyond the glass. 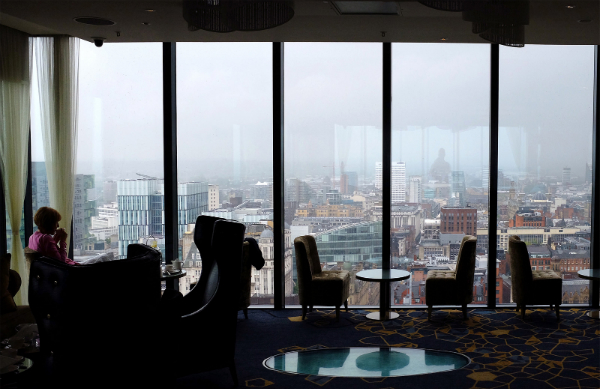 Also in the middle of the action is The Palace Hotel, which lies on the corner where Oxford Street and Whitworth Street intersect. The former Refuge Assurance Building is one steeped in history, with a striking, regal exterior and a trademark clock that towers above the city – which, in being visible from various points, has not only created a recognisable beacon but also proves the sheer scale of the building. To see for yourself, sign up for a room with a view and simply take it all in.

Football and a Great View!

If you can’t quite splash your cash with hotel rooms and mile-high cocktails, get down to the National Football Museum, where admission is completely free. Spread across six floors, the museum space is vast, with the world’s largest football collection, a floor designated entirely for family activities, a penalty shoot-out and more all housed within the giant glass structure. Even if you’re not into the beautiful game, you’ll be forgiven for making an appearance for the views alone.

But arguably the best way to see the city is to get out of its heartland and head towards somewhere a little more set back. Take a trip out to Salford Quays, sitting just minutes away from Manchester’s centre but also an urban hub in its own right, where key cultural structures like The Lowry and the Imperial War Museum stand proudly looking out at the city. 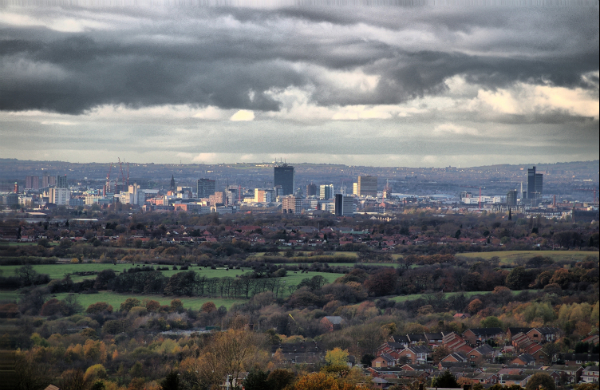 Escape to the Country

Of course Manchester is also an area that, sprawling thought it may be, resides on the cusp of some glorious countryside in a way that many cities aren’t fortunate enough to do. This means that if you’re after the showstopper of a view, you can take a stroll up to nearby Werneth Low, which is only 9.5 miles from the centre of Manchester, and take in the magnificent panorama of the city at large.