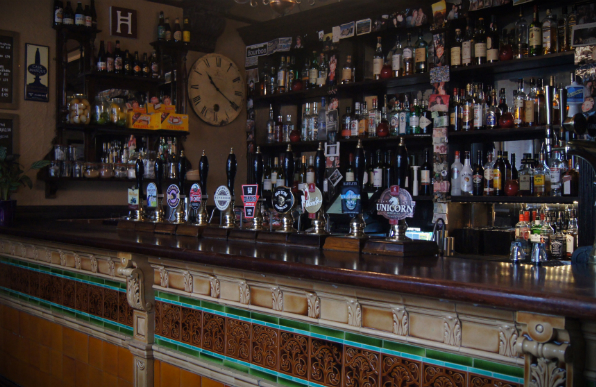 When it comes to the perfect pint, Manchester’s quickly becoming the beer angel of the North. Forget fighting your way to the front of a chain bar for a pint of watered down corpo-lager, Manchester is a bursting barrel of down-to-earth real ale pubs, quirky craft beer sellers and micro-bars sourcing the best beer the north has to offer.

To get your ale trail underway, start at Manchester institution The Briton’s Protection, which is as real as the ale is. Nothing much has changed since it first opened in 1806. The small front bar belies the size of the pub – it constitutes six rooms (two with much hogged log fires – get there early to bagsy) arranged along a beautifully tiled corridor. Although the place is steeped in history, it’s the real ale and the huge whiskey collection that the punters flock in for – oh and those two open fires that cheer up any miserable Manchester night.

Just up the road from The Briton’s, stands another old-timer, The Peveril of the Peak. The traditional tiled exterior (what was it with the Victorians and their tiles?) houses a three roomed pub. Unlike The Briton’s Protection, the interior is a little faded, but the ale is real, the staff know their beer and the punters are friendly. Who cares if it needs a lick of paint, it’s not the walls you’re drinking!

After Peveril, swing into Temple, a quirky little underground bar that used to be a public toilet - don’t worry the stalls (and their contents) have gone, to be replaced by a teeny tiny bar and a not-too-teeny selection of premium foreign beers. Another great jukebox packed with Manchester bands (many who frequent the Temple), this small space can sometimes be a mission to get into, however it’s well worth it. 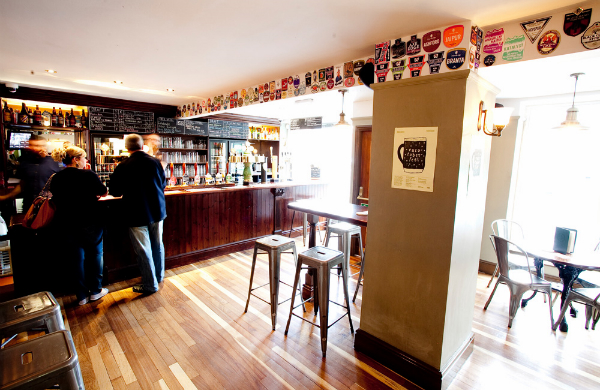 From The Temple, pick the fastest route you can find to the Northern Quarter and pop into Port Street Beer House. Opened by beer lovers, it’s an ode to brewed hops with at least ten hand pulls on the go and hundreds of bottles from around the world. Each week is another ale adventure with regularly changing beers, lagers and even ciders (watch out, they’re pretty strong!). What the staff don’t know about beer isn’t worth knowing. Keep an eye on their Twitter feed as Post Street often have ‘meet the brewer’ events, where you get to meet the brewer (obviously) and learn all sorts of beer related facts.

Head into the heart of the Northern Quarter and hunt out another tile-clad pub, The Castle Hotel on Oldham Road. With a history going back to 1400 and an association with pulling pints to 1776, The Castle has recently had a little bit of a facelift – and it’s all the better for it. Hand pulled real ales (most of them sourced from the North), jars of Tunnock’s tea cakes, dog friendly and a great little gig venue out the back – it’s made even better by the barman with the handlebar moustache. 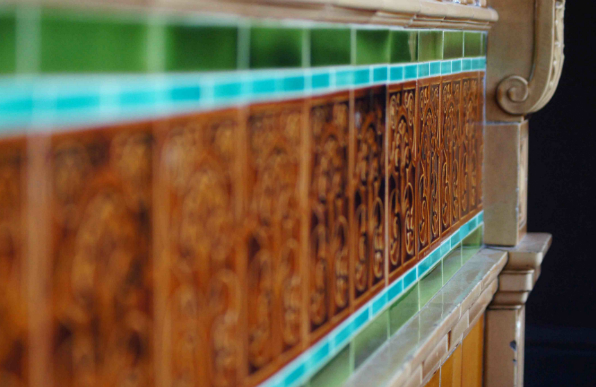 Still fancy a pint but it’s time to go home? Never fear, there’s always The Beer Moth and Superstore NQ. Both shops are located on Tib Street and both have an unrivalled selection of beers, real ales and fancy foreign imports.  The Beer Moth has been set up by two beer brainiacs and this is evident in their stock, their passion and the way they guide each punter into the right beer for them or their event. Superstore NQ has the novelty of a bar upstairs AND a grocery downstairs. Forget the bar, it’s the shop you want - you’ll find a surprisingly large selection of craft labels and they’re open until midnight at the weekend too.

My Love for Liquor

Thirsty? Check out our deals for bars in Manchester.