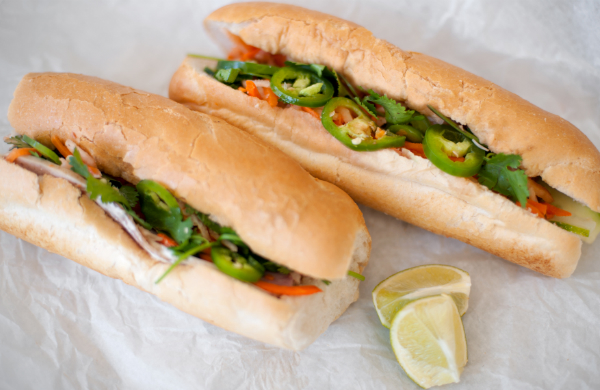 The bánh mì is one of the world’s greatest sandwiches, an incredibly successful fusion of two cuisines. French wheat-flour baguettes are re-worked with 50% rice flour for an incredibly light, crisp result. Inside, rich pâté and mayonnaise meet sweet Vietnamese pickled vegetables (carrot and daikon), plus coriander, cucumber, red chilli and various protein fillings. A classic bánh mì will contain steamed pork roll and sometimes other types of pork, or grilled meats, often marinated in caramel and lemongrass. It is now common to find other meat variations, plus fish or tofu. The bánh mì is a lesson in the importance of contrasts in a sandwich. Here are five of the best to be found in London. 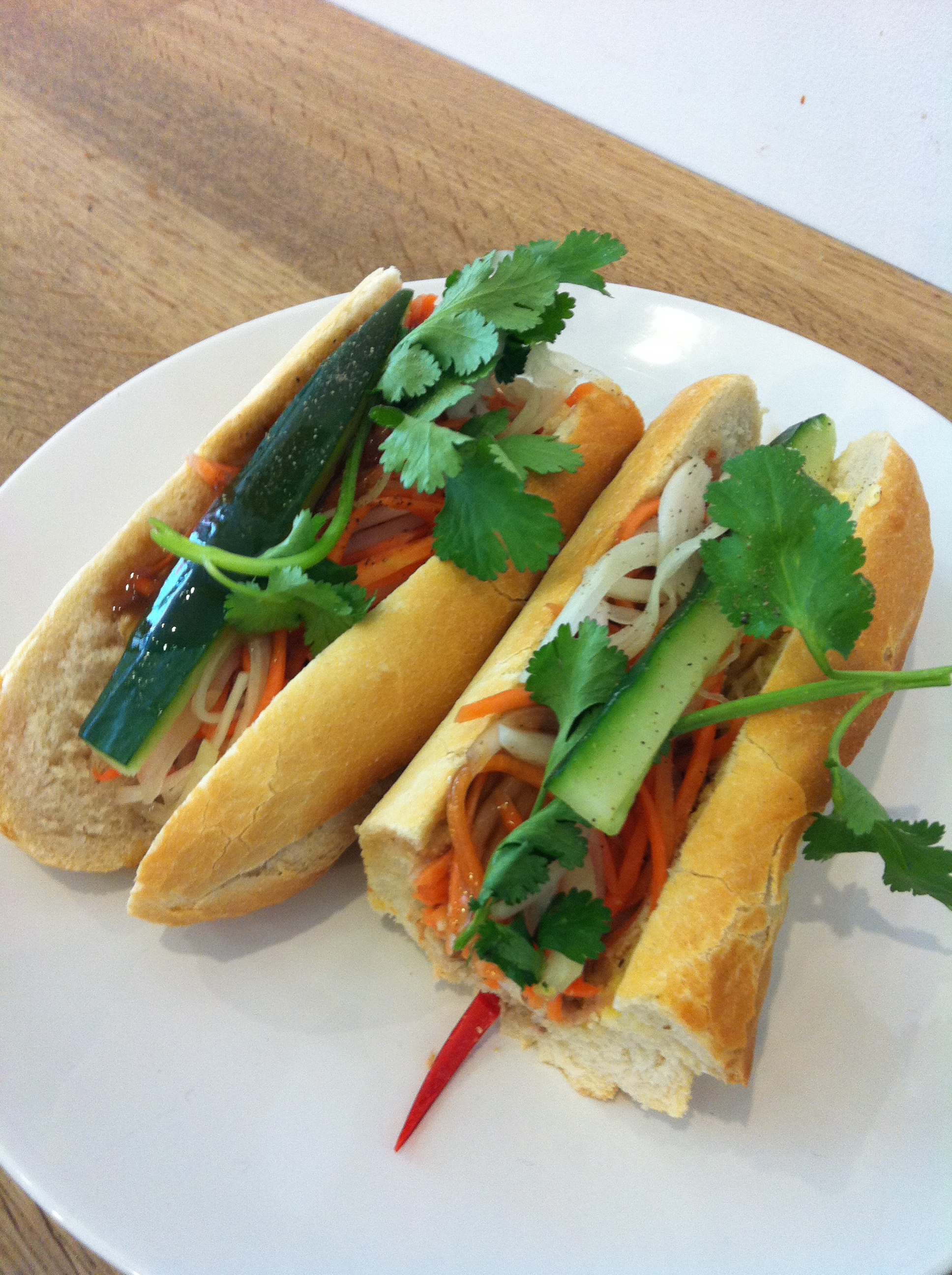 To be honest, any bánh mì from this place is worth your money, but I have a particular soft spot for the catfish filling. The grilled fish is slightly sweet and perfumed with turmeric; the baguette is light but still has some chew; the vegetables are never less than perfectly fresh and they’re generous with all the fillings. These bánh mì are massive, actually. They’re also probably the best bánh mì in London right now. www.banhmihoian.co.uk 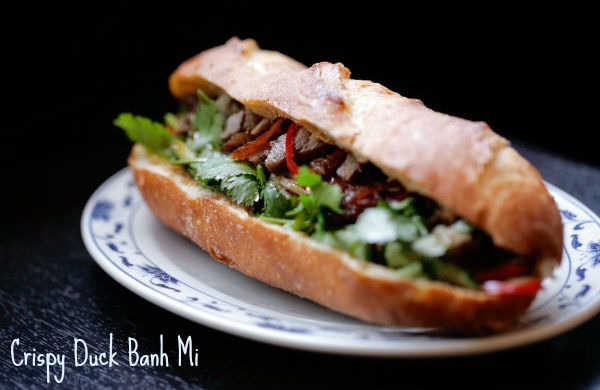 In general, the bánh mì at Kêu! vary in quality, but the roast duck version is consistently good, and particularly satisfying. Crisp pieces of skin, plenty of fat and tender, succulent meat covered in hoi-sin gravy. It may be far from traditional, but it is very tasty and that’s good enough for me. If people had always stuck rigidly to the original, then we’d never even have the bánh mì in the first place. So there. 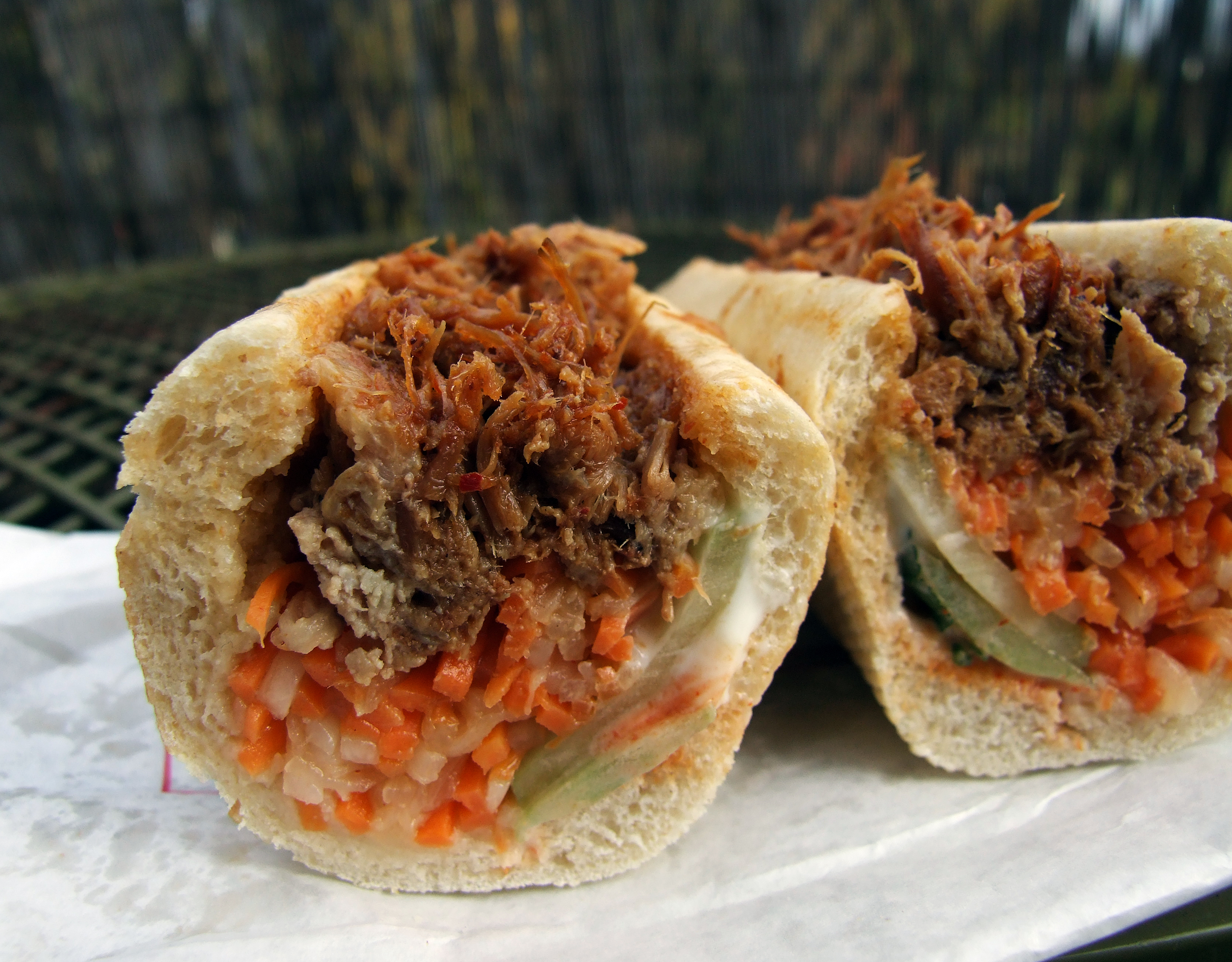 This East Dulwich regular rocks up in his tiny bright yellow van once a week at North Cross Road Market and it’s popular, so get there early to avoid a wait. The every so slighty crisp ‘Vietnamese style pulled pork’ carries just the right amount of gingered sauce and there’s a huge amount of it crammed into this sandwich. Add to that a slick of pâté, some of the best pickles around, mayonnaise, Sriracha, and cucumber sliced so it actually fits into the sandwich properly, and you’ve got one of London’s finest. No rice flour baguettes, but none the worse for it. Always ask for extra chilli.

Some say that the sandwiches at Bánh Mì 11 are not what they once were. I say that when they’re on form, it’s hard to find better in London than their ‘Imperial BBQ’ - pork marinated in caramel and lemongrass, then cooked on the grill. The baguette is light but not too likely to shatter crust all over your top, and most importantly everything packs a real wallop of flavour, be it in the pickles, chilli or spicing. 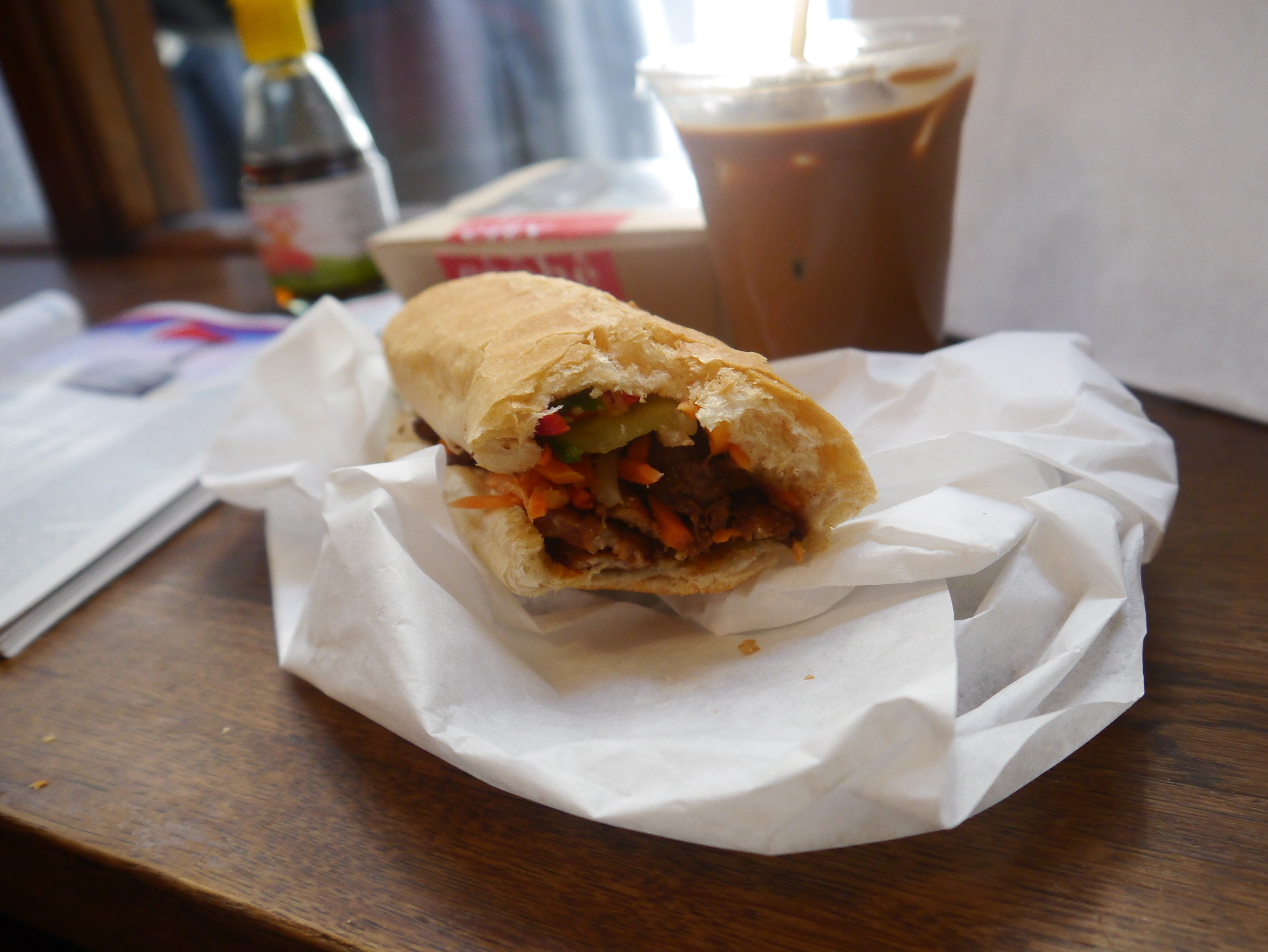 The chargrilled pork bánh mì at City Càphê comes stuffed with a hefty amount of caramel pork and pâté, plus the usual pickled carrot, daikon, coriander and chilli. There’s also a squirt of Sriracha for good measure; this is definitely one of London’s spicier bánh mi and it has had me sucking air through my teeth. The one let down here is the baguettes, which miss the essential crackle.

London’s Best Ramen & Udon - Get Your Noodle Around This

10 Dishes in London You Have to Try

____
Hungry? Find a deal for restaurants in London.