Early Bird Tickets to The Kent Festival, 15–17 November at Detling Showground (Up to 72% Off)

Evening in the circus tent:

Evening in the circus tent:

The Kent Festival will be held at Detling Showground, Maidstone, Kent. It is an indoor festival spread over three days, during which visitors can expect to see on stage over 30 of the best tribute bands from all over the UK including tributes to Spice Girls, Killers, Pink, Little Mix, Bon Jovi, Coldplay, Michael Jackson, Dolly Parton and Kenny Rogers, AC/DC, Foo Fighters, Beyoncé, Queen and many more. Each day, guests can also enjoy fun fayre, circus performances, performances of over 25 local bands as well as browse through various stalls. In the evening, adult ticket holders can also cry with laughter as they enjoy a comedy show.

Validity: Valid on date and time specified on Groupon only.
Purchase: Limit 1 per 1, 2 or 4 people. May buy 9 additional as gifts.
Restrictions: No booking required. Present printed Groupon on arrival. 14-day cancellation rights do not apply; no refunds or exchanges permitted. No age restrictions during the day. Must be 18 or over for the evening. From 7pm stage 2 is just for adults for comedy. However children can stay as long as they like with their parents and use the rest of the festival. Valid on option purchased only. For step-free access please contact the venue directly before purchase. 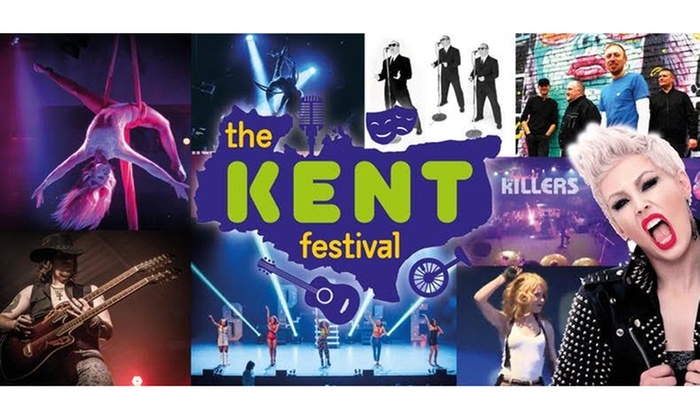 Early Bird Tickets to The Kent Festival, 15–17 November at Detling Showground (Up to 72% Off)