What’s a music video dance class? Staggering around a dance floor trying to remember the moves to All the Single Ladies? No, it’s not what you do on a Saturday night after a few too many drinks - it’s a new viable alternative to the gym and a lot more fun than spending 45 minutes on a cross trainer.

I was first talked into heading to a dance class by a friend of mine. Luckily this friend has two left feet to go with my two right feet so between us we hoped to nail most of the moves. We signed up for something called a ‘music video dance class’ at Frame, New Inn Yard, Shoreditch. This would be the first time I had danced in front of strangers sober since I was in a ballet recital aged five and I was, quite frankly, terrified.

We’d been hoping for something we might already know a few of the moves to, like Thriller, but the instructor bounded into the room with the energy of someone out of a girl band and told us we’d be doing Cheryl Cole’s ‘Say My Name’. 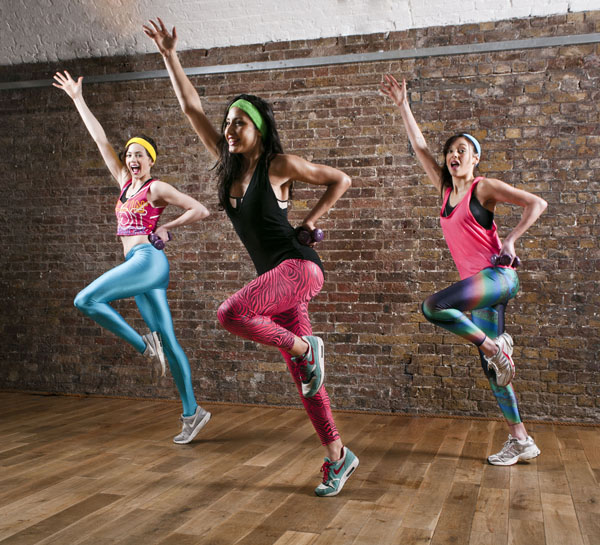 She broke the routine down into sections, teaching us a bit before adding a few more moves, starting and stopping the music as we went - cue flashbacks to being 13 and doing the exact same thing to the latest PJ and Duncan single in the confines of my bedroom.

After a few run throughs, I had the first six steps down to a T. But after that it all went a bit wrong and I spent the second half of the class thinking that running 26 miles through a gale would be easier than walking a few steps through a dance studio. I stopped worrying about getting everything perfect and freestyled when I’d forgotten what I should be doing and, though the moves I was busting were probably not worthy of the word ‘dancing’, I had a fun hour.

After an hour of dancing and no drinks, we headed round the corner to The Diner, Curtain Road, Shoreditch for a beer and a burger. Frame has lots of dance class options, but for that flashback to your teenage years, I’d highly recommend the Music Video Dance Class.

Can you recommend a good dance class in #London? @Groupon_UK #GrouponGuide

Check out our deals for dance classes in London.