Where to Find a Jar of Moles in London 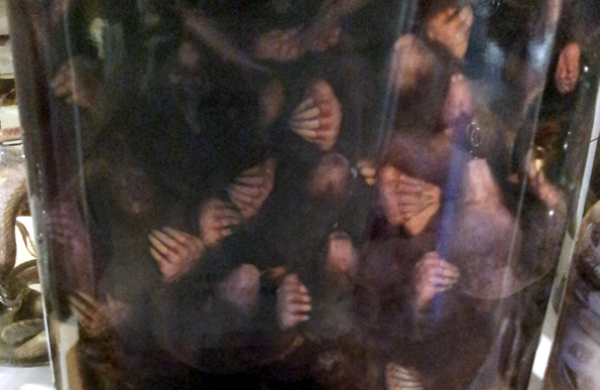 Housing thousands of skeletons, skulls, and bug-eyed animals suspended in formaldehyde, the Grant Museum of Zoology isn’t your average museum. The first time I came across it, I had been strolling around the higgledy-piggledy collection of buildings that make up UCL’s central campus. It started raining, so I ducked into the nearest building… and came face to face with a jar of moles.

Oh yes. You heard me right. A jar of moles.

My brain went into overdrive as I thought about how much it would cost to buy the “jarofmoles” domain name, whether a punk band of the same name already exists, what was in the jar before the moles got in there, and why the mole aficionado couldn’t stop at just one mole.

OK, I admit, I also wondered whether there was a prize for guessing the correct number of moles.

Now look, I understand the value of collecting, studying and dissecting animals – so preserving a mole seems sensible. Perhaps even a few moles, just to be on the safe side.

But at what point do you decide you need a huge jar full of them? I mean, did someone collect an outrageously large number of moles before realising he had nowhere to put them? Or did he finish the most immense jar of sugared almonds and then say “Aha, I now have this enormous empty jar, let me find something to fill it with?”.

I must have stood there for a good ten minutes, barely inside the museum, smiling to myself about the jar of moles before moving on to see the other thousands of specimens. I’m glad I did – what an unforgettable place.

The museum’s collection is fascinating, and strangely charming. Looped delicately around branches in a large glass case is the five metre long skeleton of an Anaconda, so beautiful, intricate and perfect you can’t believe it’s not hand-carved from balsa wood. You’ll also find an array of turtles, snakes, toads, a crocodile, an assortment of primate skeletons and the tiniest little slow loris - weirdly adorable even preserved.

All that is before you encounter the 7000 year old giant ice age deer and bones from the famously extinct Dodo. Keep going and you’ll find the rarest skeleton in the world - that of an extinct South African zebra called the Quagga. 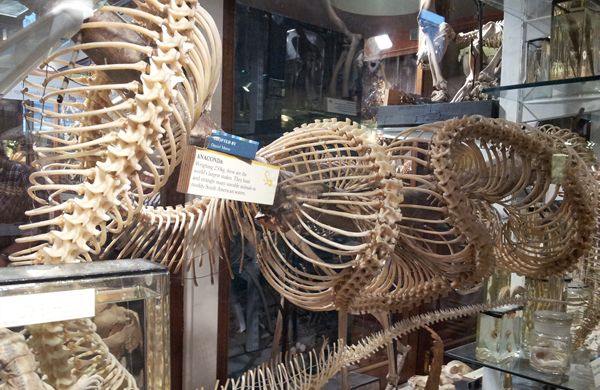 Sure, some of the museum exhibits may seem a bit gory and unabashedly biological, but that’s what makes it so appealing. No, they don’t have pretty pictures and interactive displays to help paint an engaging picture of the animal kingdom. Just as Professor Grant’s students did in the 1820s, you can examine the skeletons and brains and slides and make up your own mind about how animals have evolved and adapted to different environments.

The museum curators have presented the specimens in a way that’s sure to bring out the scientist in you - to prompt you to ask questions and to compare and contrast. The exhibits are bold, honest and no-nonsense, and the experience is so refreshingly thought-provoking that quite frankly it’s a little uncomfortable.

In short, this is one museum with guts.

FYI: The Jar of Moles has it's very own Twitter profile!

Check out our deals for things to do in London.