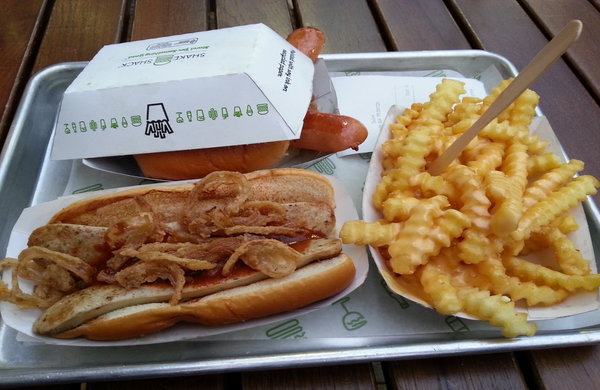 London’s first Shake Shack opened its doors to the public in July 2013 in Covent Garden. It brings with it a cult status of photogenic burgers, high quality sourcing of ingredients, and an understated, stylised visual identity that helps you spot it a mile off, and this makes it one of the first American burger chains to successfully open in the UK for a number of years

Founded by restaurateur Danny Meyer, the burger chain’s carefully planned expansion matches its careful and exacting approach to their burgers – each one to me summing up the epitome of gourmet fast food.

From time to time, Shack Shack runs specials on its menu to celebrate a special occasion or a public holiday, so it’s no surprise that Shacktoberfest is once again in full swing – a celebration of beer and sausage in that most enjoyable of German traditions – Oktoberfest, but executed and done in Shake Shack’s inimitable way.

The Shacktoberfest Brat burger takes the usual Shake Shack 5oz beef patty and their super soft potato bun, and combines them with: a bratwurst sausage split lengthways down the middle so the ends stick out from under the sides of the burger; crunchy ShackMeister Ale-marinated shallots; Emmental cheese; and ShackSauce. It’s a burger that tastes way better than it looks!

The seasoned and caramelised beef patty and bun are soft and sweet savoury, but they are countered brilliantly by the snap of the bratwurst casing and the rich seasoned juicy pork inside. The shallots also add depth to the savoury flavour, but the ShackMeister Ale is lost against the cheese and ShackSauce. As a replacement for bacon – I’d go for a bratwurst again! 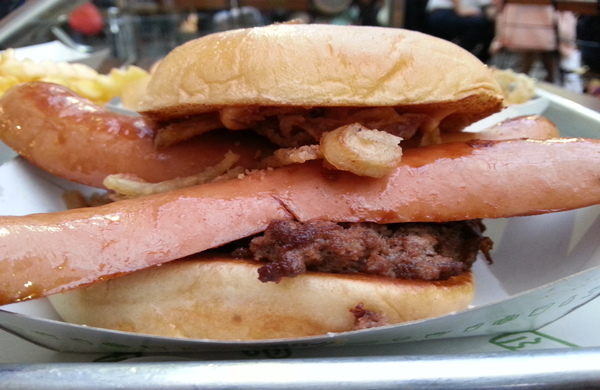 Shake Shack’s Currywurst takes me back to winter markets in Bremen (many many years ago). It’s essentially the same bratwurst from the burger, but this time inserted into the burger bun equivalent of a hot dog roll. It’s topped with the same ShackMeister Ale-marinated crispy shallots, and finished off with a sharp and incredibly moreish curry ketchup.

There are of course other Oktoberfest-inspired dogs on the menu, as well as German-style biers and that choco-pecan concrete too, but I’ll leave it up to you to try those out. For me it’s all about the Brat Burger. 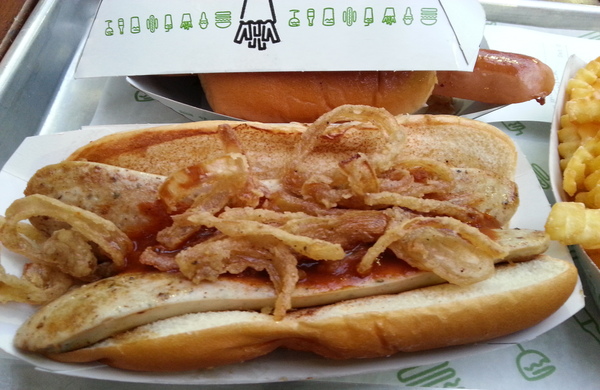 Shacktoberfest is running until 5 October, so you don’t have long to get your Brat Burger fix. I’d recommend you get stuck in sooner rather than later!

Honesty is the Best (Burger) Policy - Review of Honest Burgers