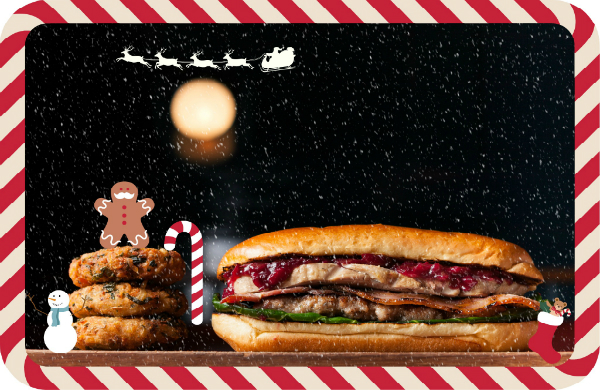 Christmas sandwiches can be terrible. Every high street chain brings out their own version, although they’re all basically the same; pongy, poorly cooked turkey meat, slimy ‘fake-smoked’ bacon, and lurid cranberry sauce. Some of London’s restaurants have realised the potential of the Christmas sandwich idea however and have come up with their own, much better versions. A word of warning: they’re all very meaty.

This is a serious sandwich that has all the classic Christmas flavours, plus cheese. Why not? Inside a soft burger bun this is packing buttermilk fried turkey, a Tamworth pork sausage stuffing patty (the meat from long-time Hawksmoor suppliers Ginger Pig), smoked crispy bacon, sprout tops (how very 2014), spiced cranberry ketchup, a slice of Ogleshield, and a turkey gravy for dipping. It’s like a burger, a French dip and a fried chicken sandwich in one. I’m not going to argue with that and neither should you. 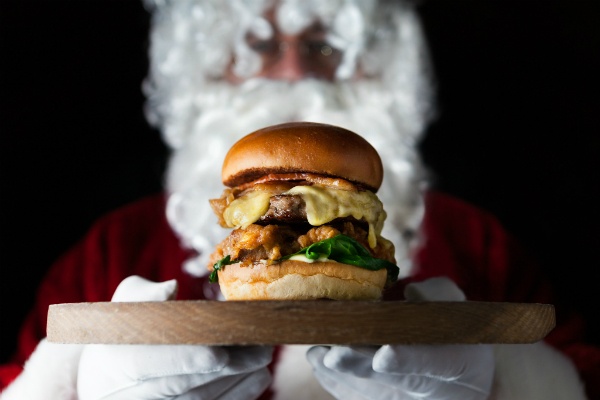 This is a great version of a very traditional Christmas sandwich. Between two slices of multi-grain bread – because we still need fibre at Christmas, guys – there’s turkey, bacon, chestnut stuffing, cranberry sauce, mayonnaise and rocket. Okay so the rocket isn’t at all Christmassy but we’ll let De Beauvoir off because this sandwich is so carefully and generously filled. 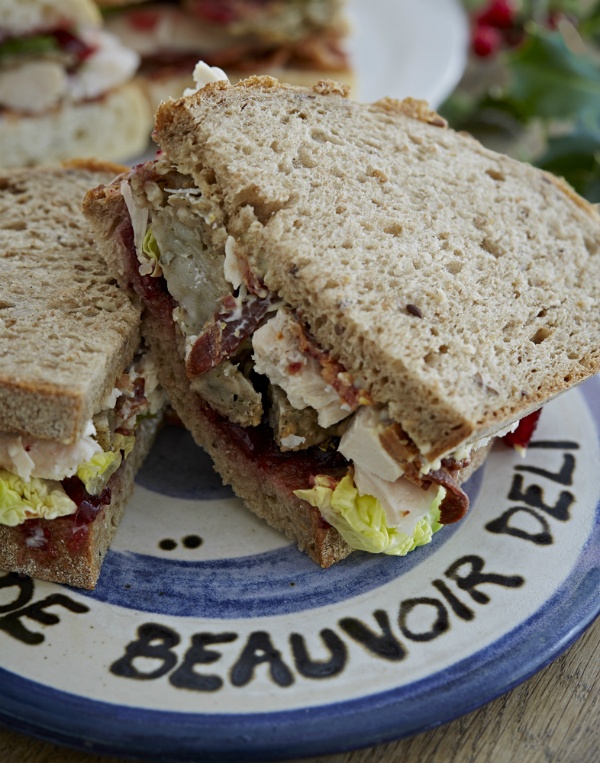 There are many reasons to love this sandwich: the name, the fact it has four kinds of cheese in it, the name, the way they’ve taken the idea of a Christmas sandwich and done something different and brilliant, and then, there’s the name. So, we have here 2 x 6oz burger patties, two rashers of dry cure bacon, FOUR types of cheese (mature cheddar, American, Red Leicester and Monterey Jack), red onion, shredded iceberg, sliced pickles and ‘Cheesemas sauce’. Byron say the burger is their ‘contribution to the fine art of festive over-indulgence’. I say bring it to me now with a cold beer thank you very much. 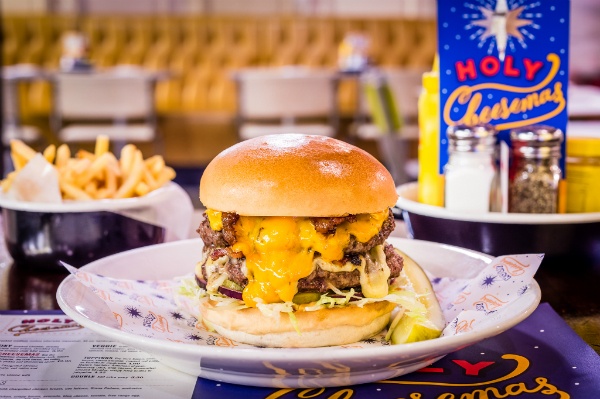 Yes, it’s a Christmas hot dog. A foundation of roast turkey lines the bun, topped with what is arguably one of the best bits of Christmas dinner, pigs in blankets. It’s topped with ‘cranberry coulis’ and some crispy onions, because crispy onions improve nearly everything. www.themeatmarket.co.uk 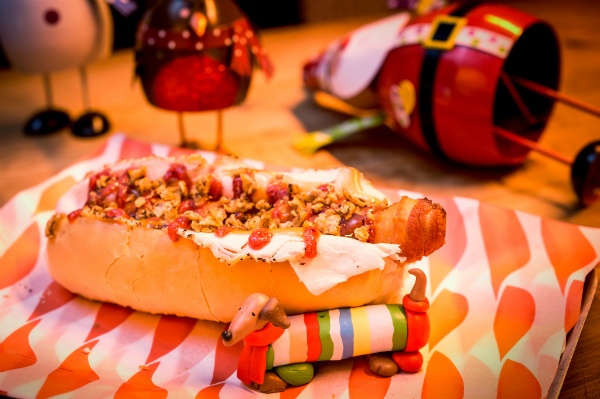 Another entry for the Hawksmoor group here and why not? If it’s good, it goes in. The turkey in this mighty construction is smoked, and stacked with a chargrilled sausage patty, bacon, sprout tops and cranberry ketchup, which adds sweetness without too much sugar. We’re not done yet though, because there’s the stroke of genius that is the bubble and squeak hash brown and gravy on the side for dipping. Then it’s time to fall asleep on the sofa. www.foxlow.co.uk 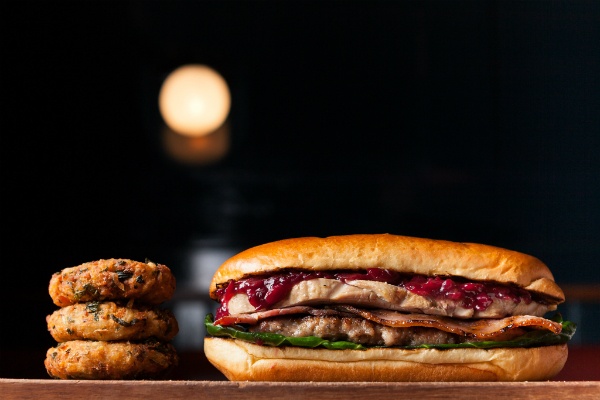 Things to Do in London at Christmas

Christmas Dinner in London - Who Said it Has to Be Turkey?

____
Find inspiration in our Christmas Shop.