Umami is called the “fifth flavor.” At their most basic, flavors can be broken down into five categories: sweet, salty, bitter, sour, and umami. The first four are easy to describe. The fifth, however, is a bit more elusive.

So then, what exactly is umami?

Umami, when roughly translated from Japanese, means deliciousness. In the early 1900s, a Japanese food chemist identified the source of this flavor—the one found in dashi, specifically—as glutamic acid. When glutamate breaks down, it becomes L-glutamate, which is really what we think of when we think of umami. And glutamate can break down in many ways: when a steak cooks, when a tomato ripens under the sun, or when soy sauce ferments. This is the key trait that links umami foods together.

All that science is fine, but it doesn’t answer the practical questions.

Umami, in a word, tastes savory. Umami is what makes chicken soup so comforting; it’s what makes bacon so dang good.  It’s a dominant flavor in many Japanese dishes, such as miso soup and teriyaki sauce. In fact, every time you dunk sushi into soy sauce, you’re giving it a hit of umami.

Proteins are a good source of umami: steaks, chicken, and especially bacon. For a vegetable source of umami, try mushrooms, especially sauteed ones, as well as tomatoes. Also, cheese can be rich in umami—a good example is parmesan. It’s salty, yes, but also has another flavor note. That savoriness is called umami.

Beef with broccoli = tons of umami

Where can I find umami?

Beef with broccoli—that brown sauce found in lots of Chinese dishes is rich in umami. Of course, Japanese food—soy sauce and fish sauce are both umami bombs. Any dish with mushrooms, tomatoes (especially sun-dried), and rich in meat and cheese are also rich in umami.

This article was originally published on Groupon U.S. and has been edited. 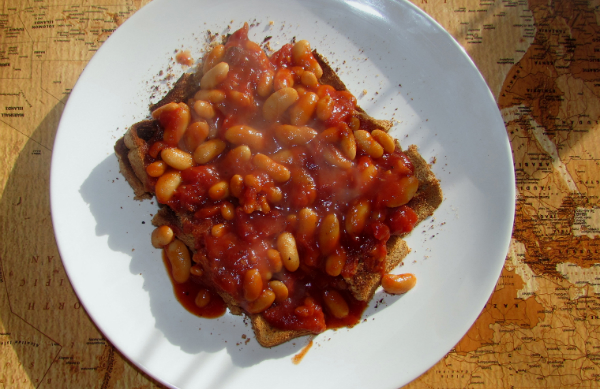