Theatre and shows in London: things to know before you go

Whether you’re looking to spend an evening in the mighty jungle with cinematic classic the Lion King or want to soak up the tragic tale of Hamlet, we’ve answered some of the most common questions around theatres and shows in London to help you find your perfect night out.

Which is the best theatre in the West End in London?

London's glitzy West End is home to many of the world’s most famous theatres, playing host to some of the most popular shows ever to hit the stage. With 40 venues to choose from, these are some of the best:

Which plays work well as pieces of outdoor theatre?

Originally, Shakespeare’s timeless classics were performed in venues open to the elements, with his famous Globe Theatre sporting an open roof. Today, the subtleties and authentic feeling of the bard’s best can still be brought to life as outdoor activities. In many cases, the weather works to the advantage of the audience, whether it’s adding a rainy Scottish twist to Macbeth or a howling wind to the castle ramparts in Hamlet’s Denmark.

Today Shakespeare's Globe on Bankside is a lovingly reconstructed version of the original, complete with open roof, and is an exciting venue to see one of Stratford’s most famous son’s original plays in. Browse Groupon's deals on theatre and shows in London to find a range of other outdoor theatre events.

What are the longest running shows in London?

Though there are constantly new productions opening across the capital, some popular London theatre shows are in such demand from theatregoers that they’ve been running triumphantly for decades. Some of the longest running include:

What plays should I see in and around London?

Whether you want to dip into the dramatic or revel in romance, there are a wide range of shows in London to indulge in. Groupon provides some inspiration for dinner and theatre shows in London and these are a few of the best: 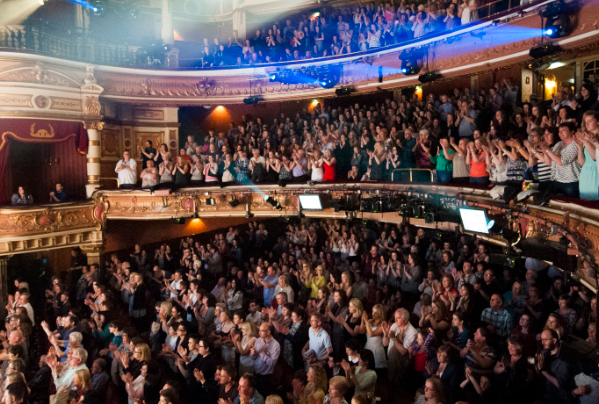