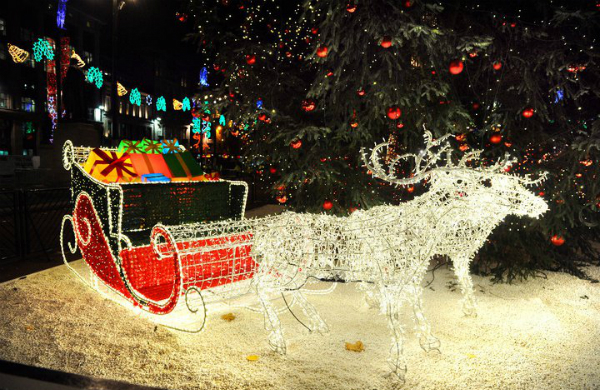 2014 has been an incredible year for Glasgow and what better way to see it out than with a jam packed calendar of festive fun across the city this December.

Get your skates on and get down to the city’s George Square - Glasgow’s most famous meeting point, slap bang in the middle of the city and under the gaze of the audacious City Chambers building - where once again Scotland’s largest outdoor ice rink is back. 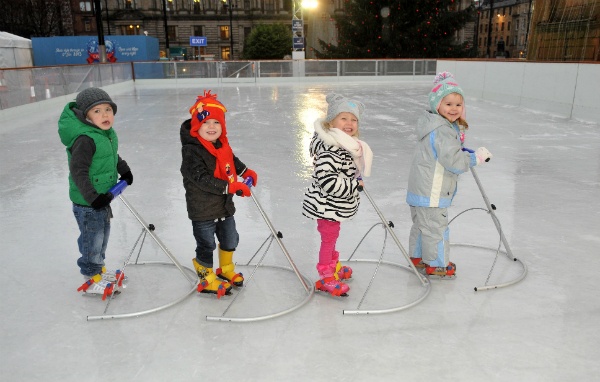 Glasgow on Ice returns this year and offers the perfect venue by day for the kids (little ones can take advantage of the ever-cute Under 8 Skate sessions for families only) and by evening for a romantic Christmas date where you and your loved one can skate under the stars (sigh). Enjoy the funfair rides - including the return of the much loved Big Wheel, Traditional Carousel and the scream-inducing Wave Swinger, and lots of free activities for children and families in the special George Square Christmas Workshop where Santa himself will be popping by for a special Sunday story-telling session between 12noon and 1pm on 1, 14 and 21 December. There’s also a chance to meet Dasher, Dancer, Donner and Blitzen (and chums) too as they pay a visit to George Square between 12noon and 4pm on 14, 22 and 23 December - come along to pet Santa’s reindeers, and take pictures in their sleigh before they head off on their Christmas adventure this year.  Head on over to Glasgow Loves Christmas for more information on how to book tickets. 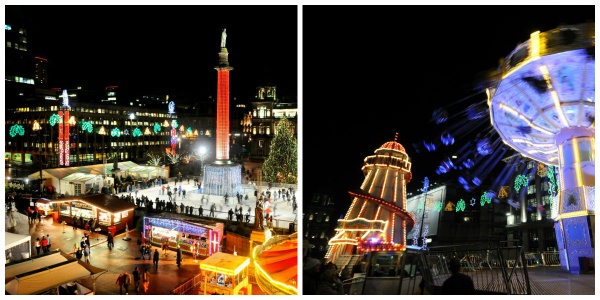 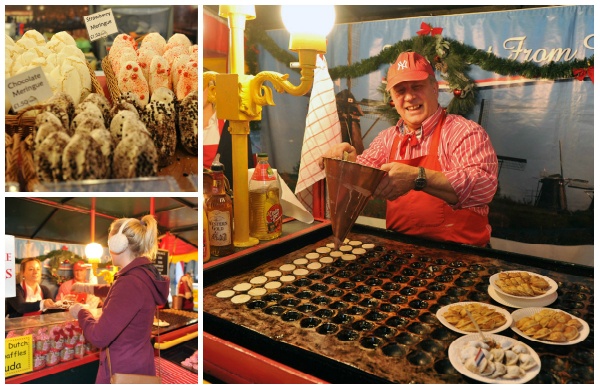 While you’re at George Square why not pop down to Argyle Street in the city centre and warm yourself up with a mulled cider, hot chocolate or indulge in some tasty cheeses, waffles and oversized festive frankfurter action at the city’s Christmas Market where colourful stalls also offer a selection of stocking fillers and santa hats. On until 23 December, the Christmas Market is open until 8pm Monday - Wednesday, 9pm Thursday - Saturday and 6pm on Sundays.

And on Sunday 7 December you can run all those extra mince-pies off in the city’s annual Santa Dash - or simply watch thousands of would-be Santas pound the pavements to raise money for their favourite charities.  Every single runner will receive a dashing Santa suit to wear on the day and a Santa’s little helper medal at the finish line - there’s still time to get on Santa’s nice list by registering for a place now. The 5K dash kicks off at 9.30am for George Square.

With an expected 11million visitors to the city through the month of December, residents, families, friends and tourists alike can join together for one last celebration of the year that brought the eyes of the world to Glasgow as Hogmanay-day - a giant celebration from 12 noon to 10pm on Wednesday 31 December, brings George Square to life with a day of traditional celebrations including Scottish music and local treats, food and drink, craft activities for the kids and your chance to dance the Gay Gordon or Dashing White Sergeant with some fun highland dancing and ceilidh bands. A fabulous day to ring out the old and ring in the new in true traditional Scots style. As the Scots say, Groupon, Lang may yer lum reek - a Happy New Year to you and yours.

Top Christmas Party Nights in Glasgow for Your Work Night Out

___
Find inspiration in our Christmas Shop.