Discover great Sushi deals near you

Sushi in London: things to know before you go

All the big questions about where and how to eat sushi in London, answered in one place.

Where can I get the best sushi in London?

There’s a ton of great sushi available in London. Based on Groupon user ratings and Michelin stars, here’s some of the best places serving up this Japanese delicacy in the capital.

What kind of sushi is best for beginners?

The thought of eating raw fish can put some people off trying sushi. The best types to try for beginners are sushi rolls, which usually contain more cooked ingredients.

What kind of tea goes best with sushi?

Agari is a type of traditional green tea you’ll usually find served in sushi bars and restaurants in London. It’s made from konacha, the small leaves and buds left over from the process of creating more specialist green teas. You might have noticed that it’s served very hot – because it’s meant to remove the oils of previous sushi from your mouth before you try the next dish. As it’s more a palate cleanser, it’s traditionally served for free – bonus!

Can I get all you can eat sushi in London?

All you can eat sushi is a great way to get your fill while avoiding gloopy, dried-out dishes that have been sat under a heat lamp for hours. Inamo is a great example and it’s served up in several central London locations, including Camden, Covent Garden and Carnaby so you’re sure to find one near you. Here, the sushi is served alongside meatier delicacies, such as Korean BBQ ribs and chicken wings. Roll on the meat sweats. 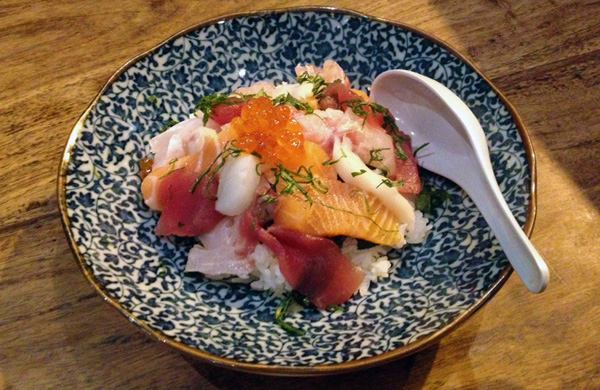 What's the Best Sushi Restaurant London has to Offer?

If you're looking for authentic sushi restaurants, London has a lot to offer. For me, a great sushi experience is all about fresh, flavourful fish, and warm, slightly sweetened, silky and just ever so slightly sticky rice. It’s usually served in pared-back rooms, unaffected by modern British restaurant trends. These things evoke memories of finding all of those things in the most unlikely places in Japan.

My Favourite Sushi in Manchester

You can get sushi everywhere these days but while the mass produced supermarket versions (or those little packets that come in meal deals) serve a purpose, there’s nothing quite like fresh sushi. Particularly if you can watch it being lovingly prepared right in front of you. Luckily, there are plenty of places in Manchester where you can do just th

When I first sat down with Eddie Fung in 2010 the owner of Zen restaurant admitted that the world was changing. Quality food at a reasonable price were the buzzwords… Out of ten people asked, only one or two could afford to eat in his well-regarded sushi restaurant Zen for lunch.