Cult Film Clubs   As the movie industry is so eager to tell us, piracy is ruining cinema! The ease with which people can download content online and watch in the comfort of their own home is driving the paying masses in doors rather than out into the meccas of cinematic glory dotted around the country. Though someone tinsel town continues to make a

Can you think of another treatment for stress reduction, pain and muscle tension  that doesn't require medication? Enter: massages. The list of options gives you a lot to consider and include Swedish, deep, Thai, sports and more - here are some of the best spas offering massage in Manchester. City Spa Escapes Located in Old Granada Studios suitabl

Golf used to have such a fusty image, but these days more people than ever before are picking up nine iron and taking to the fairway. Capital of England’s North West, Manchester is no stranger to the game, with plenty of excellent places to exercise your clubs whether you’re just starting out or a seasoned pro looking to lower your handicap.   Heat

Nothing quite matches a trip to the cinema: From art house classics to the latest blockbusters, Manchester has enough screens to cater to every taste. We've rounded up the very best in the city.   HOME When Oxford Road’s legendary Cornerhouse closed its doors, many feared that its replacement HOME wouldn’t live up to the standards set by its pre

Relaxed venues, like The Anthony Burgess Foundation are a case in point.A diverse events programme means that IABF is as often home to musicians like Julia Holter, as it is to award-winning writers. The Clockwork Orange author’s archives and reading rooms are tucked away in the basement and, if you pop in for a coffee, you’ll find people browsing Burgess’ back catalogue, in the kind of contemporary urban surrounds (it used to be a fire station) that could have been lifted from the pages of one of his novels.
Manchester Attractions: 3 Great Views You Need to See
BY: SUSIE STUBBS | 4.6.2014
How long have you lived in the city without stopping to appreciate its best views? Step right this way, for our top three favourite views of the rainy city.
A Star-Spotters Guide to Manchester Theatre
BY: RUTH ALLAN | 21.5.2014
Like Vancouver and LA, Manchester has seen its fair share of famous faces. Chloe Sevigny and Daniel Radcliffe are just two bona fide stars to have filmed in Manchester’s streets over the last few years while Benedict Cumberbatch and Mat Horne studied drama at the University of Manchester. As you’d expect, its theatres are a hotbed of talent too, with something for every dramatic persuasion.
Hello Mr D'Arcy! Visit the Best Country Homes in Manchester (Including That Famous Fountain!)
BY: SUSIE STUBBS | 19.5.2014
Manchester may be best known for its mills and industry (or shops and football, depending on your persuasion), but it is also remarkably rich in historic houses the most famous probably being Lyme Park. Here are three of our favourites – all within striking distance of Manchester city centre.

For 300 years the family home of the aristocratic Grey family (distantly related to that Lady Jane Grey), Dunham Massey is far more than a grand country house. While its interiors meticulously document the sometimes tumultuous lives of the various Earls of Stamford who once called it home – the last earl gave the house to the National Trust in 1976 – Dunham is as well known for its formal gardens, expansive parkland (whose herd of fallow deer can be traced back to Norman times) and winter gardens. These latter gardens feature over 25,000 early flowering bulbs - snowdrops, crocuses, daffodils – whose effusive blooms are a cheery sight during those months when all else is bare. Recent developments include a shiny new visitor centre while the house, meanwhile, has been transformed into the Stamford Hospital. This is a recreation of the military hospital Dunham became during WWI and is a humbling reminder, timed to commemorate its 100th anniversary, of just how much the “war to end all wars” affected lives both ordinary and aristocratic. Free entry to parkland; charges apply to house and gardens (free for National Trust members).
Where Manchester’s Coolest Music Promoters go to See Live Bands
BY: RUTH ALLAN | 12.5.2014
While people are always talking about Manchester’s bands, they give less airtime to the the city’s venues. From churches to art galleries to bars, there are charismatic gig settings galore in which to take in what Manchester does best – so here’s a few ideas to get you started.
Get in the Know With Our Insiders Guide to Manchester’s Best Big Sights
BY: RUTH ALLAN | 6.5.2014
Manchester is full of seriously big attractions. From the Daniel Libeskind designed Imperial War Museum North to the neoclassical rotunda of the Central Library, Manchester has a spectrum of attractions and, if you take this list as a starting point, you can explore off the beaten track safe in the knowledge that you’ve not missed the major sights.
Sights With Bite: Alternative City Tours
BY: RUTH ALLAN | 18.4.2014
Manchester is a city that gives up its secrets to those who try that little bit harder. The wide selection of city tours range from map tours (see the Modernist Metro tour below), and underground expeditions of the city’s hidden-away spots, to tours of famous places featured on The Smiths’ record sleeves and in the songs of Morrissey (look out for the MozBus Smiths Tour on the first Saturday of the month.
Salford’s Cultural Renaissance - Where Art and Culture Thrive in Unexpected Places
BY: RUTH ALLAN | 18.4.2014
The name Salford might not be synonymous with art and culture, but things are changing in Manchester’s sister city. As the bold name suggests, MediaCityUK is Salford’s new, purpose-built ‘media village’ of production studios, offices and supporting facilities where some of the country’s biggest players have relocated. They join a network of landmark museums like the Imperial War Museum North and The Lowry as well as smaller artists’ studios like Islington Mill and Hot Bed Press, making it Greater Manchester’s largest hub of culture and creativity.
Creative Sighting: Manchester's Packed With Original, Modern Artwork for Sale - If You Know Where to Look
BY: RUTH ALLAN | 18.4.2014
When designer and creative Peter Saville labelled Manchester the ‘original modern’ city, he was talking about our history, outlook and attitude. But it’s an ethos that extends across the board, with just about every small gallery, cafe and studio packed with original, modern art and prints made by people who live and work here.
Manchester's Best Museum and Gallery Shops
BY: SUSIE STUBBS | 18.4.2014
Forget Market Street – sometimes the best and most interesting places to shop are found inside museums and galleries. Here are a few of our Manchester favourites.

MOSI, Manchester’s Museum of Science & Industry, does many things well: steam train rides, interactive exhibits and blockbuster shows that somehow manage to combine science, art and discovery in one heady mix. Its on-site shop is stacked with the sort of science-related goodies that make for unusual gifts. After a glow-in-the-dark solar system? Step right this way. How about an instant IQ test, retro train poster or book that explains How Nearly Everything Was Invented? You can get all of these items alongside the usual museum souvenirs, pocket money toys and vintage trinkets – but it’s for the science kits, books and toys that this shop really stands out.
Top Three Art Galleries in Manchester
BY: SUSIE STUBBS | 18.4.2014
Looking for the best place to see new and historic artworks? Here’s our three favourite galleries – plus mention of one other that has some exciting things planned for 2014.

This is the grand dame of Manchester’s art scene, a neo-Classical gallery that sits slap-bang in the middle of the city centre. Its monumental frontage, Grade I-listed and designed by the celebrated Victorian architect, Charles Barry, signals that serious art is contained within. And, indeed, once you step through its Corinthian-columned entrance you’re met with a historic collection that boasts some 25,000 objects, paintings and sculptures, from world-renowned Pre-Raphaelite paintings by the likes of Millais and Rossetti to works by the 17th century Dutch masters. But, while it may have an impressive collection, this is one gallery that’s not all about the old. The building was extended in 2002, with a glass-roofed atrium connecting the Victorian building to newer gallery spaces. Now, alongside historic shows, it stages regular contemporary exhibitions, with work and new commissions from some of the biggest names in visual art. Turner Prize winner Jeremy Deller, for example, premiered his All That Is Solid Melts Into Air here in November 2013, while the Portuguese artist Joana Vasconcelos opens an exhibition of new, large-scale sculptural work in February 2014 (until June). The gallery also boasts a decent restaurant and café (with great homemade cakes), is open until 8pm every Thursday, offers hands-on activity packs and workshops for kids - and is our top tip for a calm, cultural respite from the city’s busy, traffic-clogged streets.
Introducing Susie Stubbs
BY: EMMA TONER | 18.2.2014
Susie's blogger page is coming soon!

Manchester's Best Museum and Gallery Shops
Ruth Allan - Manchester Wire
BY: EMMA TONER | 17.2.2014
Tell us something about your city people usually don’t know? It takes a while to get into Manchester. It's a bit like a really good record. You have to listen to it a few times before it becomes part of your soul. What is the top place in Manchester people shouldn’t miss? They change all the time but proper places like Sam and Tom's Chophouse remain at the top of my list as they make really good steak and kidney pies that everyone should try at least once in their life.

What advice would you give to someone who is thinking about starting their own blog Just do it! I've met loads of people who want to be writers, but the only way to be a writer is to write. It doesn't matter if no one reads it. At least you can tell yourself that you are doing what you want to do and be proud of yourself. I really think that making stuff - even if its just a paragraph of text on the web - makes life a richer, more meaningful experience. Writing has got me out of loads of really dark places, plus, I believe that by covering small, independent businesses and events in Manchester, Manchester Wire is helping to get the word out there that Manchester is a great city to live in, and that you don't have to live in the capital to get involved in cultural stuff. 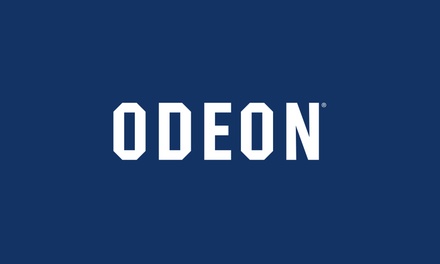 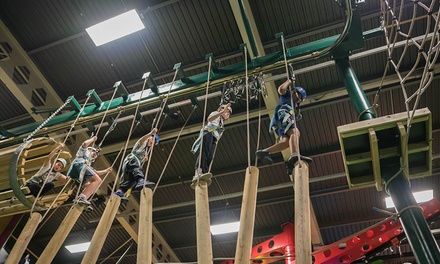 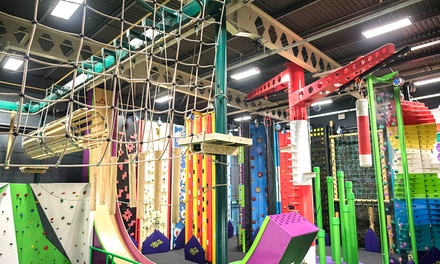