Discover great Bowling deals near you

Bowling in London: things to know before you go

Become a bowling guru with our answers to all your ten-pin queries.

What is ten-pin bowling?

Ten-pin bowling is a sport with the aim of knocking down as many pins as possible with a heavy bowling ball. Each player has ten rounds, in each of which they get to bowl twice – unless you hit a strike and knock down all ten with your first ball. In that case, you get to double your next score. If you knock all 10 down in two attempts, your score from the first bowl of your next go is doubled. Most points after everyone has bowled ten rounds wins!

Ten-pin bowling is widely thought to have originated in the States, where it’s hugely popular, but much like craft beer, it’s not actually an American export at all.

Early forms of the game are thought to have come from the German sport Kegelspiel, which involved knocking down nine pins laid in a diamond formation. Some sources claim that the ten-pin version of the game came about in 1841, when the state of Connecticut banned nine-pin bowling for its association with gambling and crime. The tenth addition was a clever loophole to allow bowlers to keep knocking those pins down.

Whether that’s true or not, ten-pin bowling has emerged over the last 200 years as an accessible alternative to lawn bowling enjoyed by the upper classes.

Where can I find bowling alleys in London?

All over the place. Even for all the game’s popularity, you’d be surprised how many venues have space dedicated to the art of rolling heavy balls at pins. The nature of bowling alleys has changed, too.

There are still your classic examples of spacious, kid-friendly venues with loads of lanes, arcade games and tinged with a liberal dose of Americana. You’ll typically be able to grab some grub in between games too.

A little more specialist but no less family-friendly is The Base. This Wembley bowling spot is famed for its flame-grilled burgers and American-inspired desserts. Sip on a delicious milkshake and tuck into waffles soaked in syrup after you’ve finished practicing your strike celebrations, then head for the pool tables.

Where’s the best place to have a beer while I bowl?

Beer and bowling – the perfect combination for many. London has more than its fair share of bowling alleys that serve alcohol, so you’re spoiled for choice. If you really want to make a night of it with your friends, check out Lava Lanes. As well as a few games of bowling, you can savour a carefully crafted cocktail, expertly served up by the staff.

What is a ten-pin strike in bowling, and how can I learn to do it?

A strike is when you knock down all ten pins in one single bowl, not only netting yourself ten points but also doubling your score on the next round.

You might well manage a few strikes through sheer luck if you tend to consistently hit the pins, but you won’t be able to do it reliably without a lot of practice and some keen strategy.

To knock all ten pins down, hit the front pin at a slight angle so that the ball also ploughs through into the three pins at the back, known as the pocket. To get that angle, you need to learn to put spin on the ball to bowl what the pros call a ‘hook’.

This video from NHK World TV might help, but you’ll also need to practice and persevere!

How to Choose a Bowling Ball 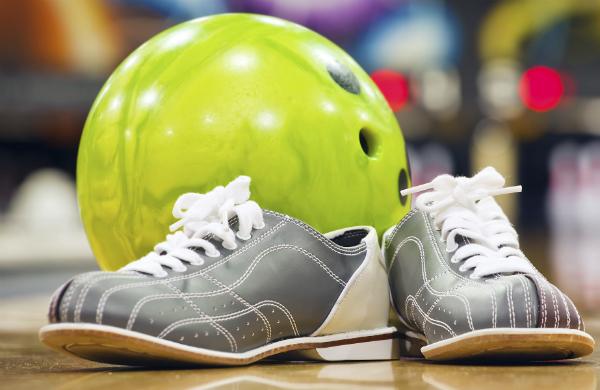